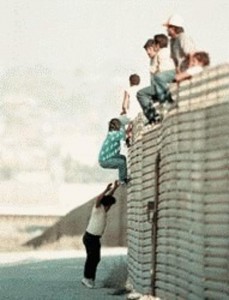 WASHINGTON (Reuters) – More than half of U.S. citizens believe that most or all of the country’s 11 million illegal immigrants should be deported, according to a Reuters/Ipsos poll released on Wednesday that highlights the difficulties facing lawmakers trying to reform the U.S. immigration system.

The online survey shows resistance to easing immigration laws despite the biggest push for reform inCongress since 2007.

These results are in line with other polls in recent years, suggesting that people’s views onimmigration have not changed dramatically since the immigration debate reignited in Congress last month, according to Ipsos pollster Julia Clark.

Most Americans feel Illegal immigration causes inequality,  legal immigrant to the USA are required to go to embassies to acquire a visa,  they have to get a background checks, health checks, pay money and sometimes even hire an attorney.

Illegal immigrants simply sneaks across a border without any due process.  Americans agree the system needs to have the same rules for all immigrants no matter where their geographic location is. Americans say no to Illegal immigration, and no to amnesty that awards that poor behavior.