U.S. President Barack Obama has no intention of releasing Jonathan Pollard from prison, despite the fact that over 70,000 thousand people have already signed onto an online petition calling for Pollard’s release, Channel 10 News reported on Wednesday. 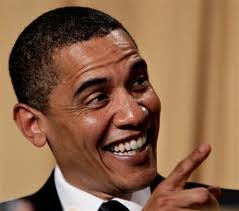 The report cited close associates of Obama as having said, “The President does not understand why he should pardon a traitor, when tens of thousands of African Americans are rotting in prison for life over less serious crimes.”

The officials also indicated that Obama does not intend to present any gestures involving Pollard during his visit to Israel next month. At the same time, reported Channel 10, the White House is very concerned that Israelis will protest over the issue during Obama’s visit.

There have been growing calls in Israel to release Pollard ahead of Obama’s visit.

In her first speech at the Knesset plenum last week, MK Ayelet Shaked (Bayit Yehudi) called on Obama to bring Pollard with him when he visits Israel.

“At this moment, I want to take advantage of the special occasion and call on U.S. President Barack Obama: Come to visit the land of Israel. You are welcome in Israel, but please do not come empty-handed. Bring back Jonathan Pollard, for he is our brother,” said Shaked.

MK Moshe Feiglin (Likud) said he would be absent when Obama speaks to MKs unless the President brings Pollard with him.

“President Barack Hussein Obama is due to arrive in Israel on the eve of Passover,” Feiglin said. “We welcome him. But we want to welcome our brother, Jonathan Pollard, too. G-d willing, when Obama releases our brother Jonathan, we will gladly welcome Obama and listen to his speech” – but not before, Feiglin wrote.

President Shimon Peres has indicated he will bring up the Pollard issue during his meeting with Obama during the American president’s visit.

According to Channel 10 News, the Americans are concerned that the issue of Pollard’s release has become a consensus in Israel and that people from both the left and right sides of the political spectrum agree that he should be released.

The petition circulating online advocating for Jonathan’s release has been signed by tens of thousands of Israelis, including a number of MKs such as Yair Lapid, Eitan Cabel (Labor), Elazar Stern (Hatnua) and Avishai Braverman (Labor). Former President Yitzchak Navon has signed the petition as well.

Leftist writers A.B. Yehoshua and David Grossman, Nobel Prize winning chemists Dan Shechtman and Aaron Ciechanover and the heads of major Israeli hospitals are also among those who signed the petition to Obama.

Inmate Death: What the Media Chose to Ignore