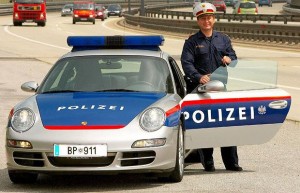 Let the punishment fit the crime.

That has been a basic principle of justice in nearly all legal systems dating back to ancient times. However, in recent years, the penalties for violating municipal traffic laws increasingly have more to do with the state’s revenue needs than the severity of the crime.

Many drivers are shocked when they learn they have to pay $200 or more for what they consider to be a minor traffic infraction.

Turning law enforcement officers into tax collectors for the state is simply bad public policy on a number of levels.

It violates our sense of fairness about a penalty being proportionate to the offense. When legislators debate bills to raise state fees on traffic violations, the discussion is not about whether a driver who fails to signal a lane change should be fined an additional $50 or $100. Legislators openly admit that their intent is to raise more revenue without voting for a tax increase. They focus most of their attention on the worthy state programs that will be financed by the additional revenue, such as indigent defense or trauma care. I am not taking issue with those worthy programs. But it is unfortunate that legislators resort to bad public policy in their attempt to accomplish something good.

Stopping crime and revenue generation are two different things. We pay these people through our taxes to keep us safe, not to tax us further for going a few miles over the bull shit speed limit.

In Germany they have a much higher speed limit they also have fewer fatal car accidents.

America is going through a period of redefining. What does it mean to be an American? Will the Constitution survive...