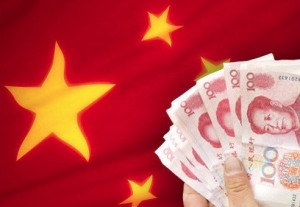 China has fallen behind Japan as the largest foreign holder of U.S. securities. The Department of the Treasury’s new numbers are good only through June 30, 2012, but it puts Japan at $1.84 trillion and China at $1.59 trillion.

There are lots of things to say about this, but one stands out: The loose talk about China “owning” America never made any sense and perhaps now can finally end.

China’s share of all American securities (corporate, municipal, etc.) is only about 2 percent, since the value of all U.S. securities is in the neighborhood of $70 trillion. China’s direct holdings of U.S. securities fell $130 billion between June 2011 and June 2012. Did anyone notice?

The reason the number dropped is that China has fewer extra dollars than it used to. China’s official foreign reserves mushroomed $450 billion in 2010 but only $130 billion in 2012.

China can’t spend foreign currency at home because it’s afraid to have an open financial system. So in years past, it dumped all its extra money into American bonds. Less extra money to dump, fewer bonds held.

Our problem isn’t China. They hold only about 8 percent of our government debt—that’s right: only 8 percent. They own a very small portion of American financial assets, and it doesn’t matter when they sell. Our problem is ourselves: We borrow because we lack the political courage to set priorities, and it is more and more of our money, not China’s, that is tied up in zero-return bonds that exist only so the federal government doesn’t have to pay much in interest.

There are some other interesting things to note about this week’s Treasury figures. The Cayman Islands passed Britain for third-largest holder of U.S. securities at just over $1 trillion. Luxembourg is fifth at over $800 billion.

The Caymans and Luxembourg are way stations for global capital—American, Asian, European, etc. The amount of securities held by all foreigners is therefore lower than it seems, but individual countries, including China, might have higher totals.

No doubt someone will now say that the money being run through the Caymans and other capital centers is a threat. But capital flowing freely around the world is good for the U.S. The problem isn’t what others are doing somewhere else; it’s what we’re doing here. If we don’t want foreigners buying more and more American debt, we have to stop selling so much of it.

How Obama is Turning the USA into a Police State

'From drones to gun raids, under Obama law enforcement is being 'fundamentally transformed' The federal Department of Homeland Security is stockpiling billions of...