U.S. President Barack Obama has demanded a timetable for an Israeli withdrawal from Judea and Samaria (also known as the West Bank to Palestinians), according to an unconfirmed report by World Tribune. 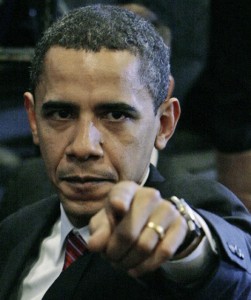 According to the report, Obama, who is scheduled to arrive in Israel on March 20, wants Prime Minister Binyamin Netanyahu to present him with a detailed Israeli withdrawal plan during his visit to Israel. The sources said the Israeli plan “would be considered in what could be an imminent U.S. initiative to establish a Palestinian state in the West Bank in 2014.”

“Obama has made it clear to Netanyahu that his visit is not about photo-ops, but the business of Iran and a Palestinian state,” a source said. “The implication is that if Israel won’t give him something he can work with, then he’ll act on his own.”

The sources noted that “Obama aides” have stressed that Congress supports the establishment of a Palestinian state as a U.S. priority.

“The Obama people are making this a litmus test of Netanyahu’s leadership and credibility,” the Israeli sources said. “Obama supporters in Congress have sent Netanyahu a similar message.”

In Case You Missed It:  Is China Secretly Operating Inside the Hawaiian Real Sstate Market Under the Noses of the U.S. military?
Posted in Israel, Terrorism, Tyranny and tagged Iran, Islam, Israel, Jihad, Judea and Samaria, Muslims, Netanyahu, Obama, Palestinians, Terrorism, United Socialist States of America.

A parody video showing women taking Joe Biden’s “buy a shotgun!” advice illustrates the difference between shooting a shotgun and...