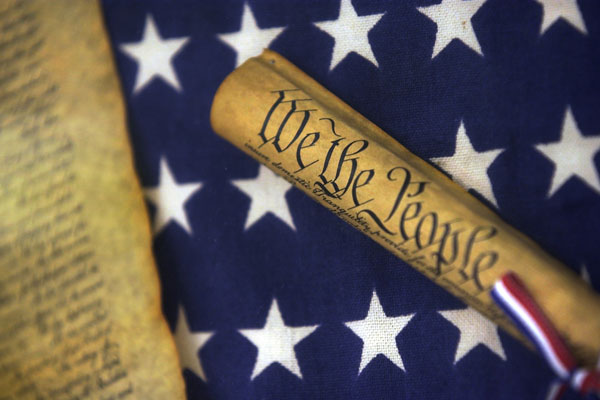 Budget cutters, cultural conservatives, and national defense hawks ought to be able to rally around a common standard. But what is that standard?

In order to properly unite our forces, author Peter Berkowitz recommends that we must first temper our tempers. In his new book Constitutional Conservatism, Berkowitz writes that moderation allows people to find a balance even when important principles would seem to be in conflict.

Conservatives often bristle at the idea that we need to moderate our message. We stand for a strong national defense, a growing economy, and a balanced budget; there’s not much room for give-and-take within any of those.

But Berkowitz says that the top political priority for social conservatives and libertarians should be to promote the principles of liberty embodied in the U.S. Constitution. That doesn’t mean surrendering our principles. It just means changing how we talk about and apply them.

“Conservatives should stop talking about small government and instead should focus on limited government,” he told an audience at The Heritage Foundation. That’s prudent, because he says the country isn’t going back to a pre–World War II government any time soon.

It’s also a message that could unite conservatives across the political spectrum. Everyone from libertarians to social conservatives should be able to agree that “there’s plenty of work to do limiting the sprawling federal government.”

Berkowitz adds that protecting freedom should be the country’s highest political task. Freedom, after all, is what conservatives of all stripes are trying to conserve.

Heritage Guide to the Constitution

China Is Not Our Banker

China has fallen behind Japan as the largest foreign holder of U.S. securities. The Department of the Treasury’s new numbers...