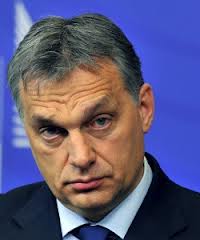 In a clip of one of his programs from 2010, posted on YouTube, Szaniszlo said Israel had been created by the West as a bastion against Arab-Muslim countries, but that it would lose its importance as such once the region’s oil and gas run out.

“The western world needs to reckon with … emptying Israel,” Szaniszlo said in the video. “… It can be expected that the Jewish population from Israel … will need to be gradually relocated to Europe and the United States.”

In comments made on his show on Echo TV in 2011, Szaniszlo said Gypsies – or Roma – are monkeys and implied that Jews and Roma have carried out anti-Hungarian activities.

In Case You Missed It:  Vegas School District Responds to Lawsuit Alleging ‘Unlawful Grooming and Abuse of a Minor’ Over Pornographic Assignment
Posted in Israel and tagged Anti-Semitism, Europe, HonestReporting, Israel, United Socialist States of America.

$123,000 Department of Education Salary in the Time of Sequester

Newscom What pain has sequester wrought at the federal Department of Education? Apparently, not much. The 4,200-person agency has just...