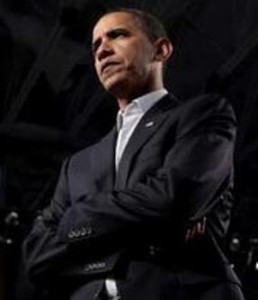 U.S is now less popular in the region than at the end of the George W. Bush administration. The White House has been lowering expectations for Obama’s trip to Israel all this week.

If Israelis don’t like Obama, Palestinians are even less favorable. Obama has to assure Israelis and Palestinians that he is still engaged.

President Obama’s first journey to Israel as president comes amid earth-shattering change in Middle East, much of it for the worse. The Arab Spring, which once raised hopes of freedom and dignity, has diverged onto the dark path of Islamist authoritarian rule. In Syria, tens of thousands of people have died in a bitter civil war that might have recently seen its first use of chemical weapons. And Iran continues its march toward nuclear weapons capability, heedless of international condemnation. Obama’s effort to seek peace between Palestinians and Israelis is in tatters.

That’s why the White House has been lowering expectations for Obama’s trip to Israel all this week. He will announce no new peace plan, grand design or major foreign policy initiative. His advisers are calling the trip a “listening tour.” That is what you call a state visit when you have little to say.

Despite downgrading the trip, many see Obama’s arrival as the sequel to his 2009 visit to Cairo, where he announced a “new beginning” with the Muslim world. Four years later, that doesn’t auger well for renewed efforts in Israel and the West Bank. According to the latest survey by the Pew Research Center’s Global Attitudes Project, confidence in Obama in Muslim countries dropped from 33% to 24% in his first term. Approval of Obama’s policies declined even further, from 34% to 15%. And support for the United States in Egypt, Jordan, Lebanon and Pakistan is lower today than it was in 2008 in the closing year of George W. Bush’s administration. That collapse of support has not happened elsewhere.

In his Cairo speech, Obama pledged a relationship between America and Muslims around the world “based on mutual interest and mutual respect.” But in 2013, interests are diverging, and respect is in short supply.

Of all the strained relationships in the Middle East, the partnership with Israel is the most important and potentially the most easily repaired. Obama is not popular in the country. A poll released last week showed he had a scant 10% approval rating in Israel, with an additional 32% saying they respect but don’t like him. But the president is making significant symbolic gestures to heal the breach, such as visiting the grave site of Theodor Herzl, the founder of modern Zionism. It’s being interpreted as showing support for the Jewish people’s historic connection to the land of Israel, something Obama avoided in his first term.

Israelis don’t like Obama, Palestinians are even less favorable. Passions spilled over in Bethlehem this week, when young Palestinians defaced a billboard with Obama’s image and burned pictures of him in the streets. Obama’s symbolic nods to Israel’s history are likely to raise Palestinian ire even further.

Academy of Pediatrics Endorses Same-Sex Marriage, but Science Not So Sure

Newscom The American Academy of Pediatrics (AAP) released a policy statement yesterday indicating its support for same-sex marriage. Based on...