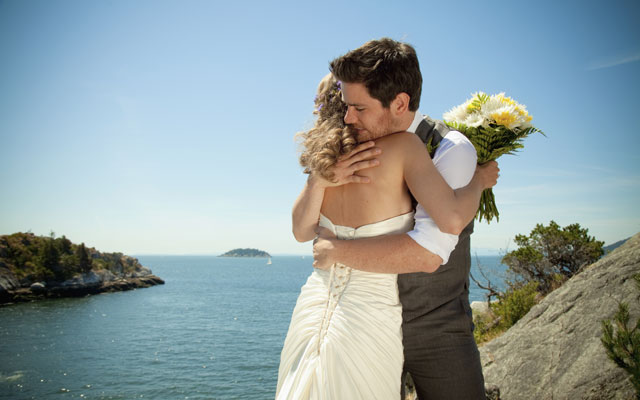 How do you throw Piers Morgan off his game? Stick to the facts, remain civil and win the argument. Heritage’s Ryan Anderson did exactly that Tuesday night in a showdown with the liberal CNN host of “Piers Morgan Live” and guest Suze Orman.

The show came on the day the U.S. Supreme Court heard arguments in a case involving California’s Proposition 8, which defined marriage as the union of a man and woman. The court will hear arguments Wednesday on the federal Defense of Marriage Act.

Anderson, co-author of the book “What Is Marriage” and Heritage’s William E. Simon Fellow in Religion and a Free Society, opened the show by explaining his view of marriage:

I think marriage exists to bring a man and woman together as husband and wife, to be mother and father to any children their union produces. And the Supreme Court, in the cases they’re hearing today and tomorrow, should really not cut short the democratic debate that we’re having. Citizens all across the country are discussing what marriage is and why it matters. And what we want to see the court do is uphold our constitutional authority to have that debate.

After peppering Anderson with several hostile questions on marriage — all of which he answered with composure — Morgan turned to his guest Orman to deliver an emotionally charged tirade in which she called Anderson “uneducated.”

“What are you really feeling right now?” Morgan asked Orman. “Because this is the debate laid bare. This is a guy sitting a few feet away from you who says, ‘Nope, I don’t want people like you to have the same right to get married as people like him.’”

Orman, a lesbian who lives with her partner Kathy Travis, responded:

I feel compassion for you. And I’ll tell you why. Because I know you believe very strongly what you believe, but I also know that you’re very uneducated in how it really works.

Why do you assume that I’m ignorant? You say I just don’t know. I don’t assume anything badly about you. I just think we disagree. President Obama himself has said there are people of good will and sound mind on both sides of this issue. I agree with the President.

I’m not going to call you names and I’m not going to say you’re ignorant or don’t understand. But up until the year 2000, no political community on the face of earth had ever defined marriage as anything other than a male-female relationship. I think there are good reasons for that.

Morgan and Orman, who were seated on a stage looking down on Anderson, proceeded to lecture him about his beliefs. Anderson, who was seated among an in-studio audience, held his cool and refused to accept their premises, their goading, or their shouting.

Morgan, a British journalist recently schooled by Breitbart’s Ben Shapiro on gun control, ended the interview by cuting off the discussion and declaring, “The idea that you want to stop people like Elton [John] and David [Furnish] or Suze and K.T. from getting married in America in the modern era, I just find a bit offensive these days. It’s not fair, it’s not tolerant, it’s not American.”

Had he had the chance to respond, Anderson would have likely returned to a point he’s made throughout the marriage debate: “Marriage exists to bring a man and a woman together as husband and wife to be father and mother to any children their union produces. Marriage is based on the biological fact that reproduction depends on a man and a woman, and on the social reality that children need a mother and a father.”