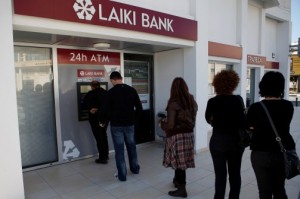 What would you do if you woke up one day and discovered that the banksters had “legally” stolen about 80 percent of your life savings? Most people seem to assume that most of the depositors that are getting ripped off in Cyprus are “Russian oligarchs” or “wealthy European tycoons”, but the truth is that they are only just part of the story. As you will see below, there are small businesses and aging retirees that have been absolutely devastated by the wealth confiscation that has taken place in Cyprus. Many businesses can no longer meet their payrolls or pay their bills because their funds have been frozen, and many retirees have seen retirement plans that they have been working toward for decades absolutely destroyed in a matter of days. Sometimes it can be hard to identify with events that are happening on the other side of the globe, but I want you to try to put yourself into their shoes for a few minutes. How would you feel if something like this happened to you?

For example, just consider the case of one 65-year-old retiree that has had his life savings totally wiped out by the “wealth tax” in Cyprus. His very sad story was recently featured by the Sydney Morning Herald…

John now lives in the picturesque fishing village of Liopetri on Cyprus’ south coast. But for 35 years he lived at Bondi Junction and worked days, nights and weekends in Sydney markets selling jewellery and imitation jewellery.

Related News:  Losing Our Fears, in War and Plague

He had left Cyprus in the early 1970s at the height of its war with Turkey, taking his wife and young children to safety in Australia. He built a life from nothing and, gradually, a substantial nest egg. He retired to Cyprus in 2007 with about $1 million, his life savings.

He planned to spend it on his grandchildren – some of whom live in Cyprus – putting them through university and setting them up. There would be medical bills; he has a heart condition. The interest was paying for a comfortable retirement, and trips back to Australia. He also toyed with the idea of buying a boat.

He wanted to leave any big purchases a few years, to be sure this was where he would spend his retirement. There was no hurry. But now it is all gone.

”I went to sleep Friday as a rich man. I woke up a poor man.”

You can read the rest of the article right here.

How would you feel if you suddenly lost almost everything that you have been working for your entire life?

And many small and mid-size businesses have been ruined by the bank account confiscation that has taken place in Cyprus.

The following is a bank account statement that was originally posted on a Bitcoin forum that has gone absolutely viral all over the Internet. One medium size IT business has lost a staggering amount of money because of the “bail-in” that is happening in Cyprus… 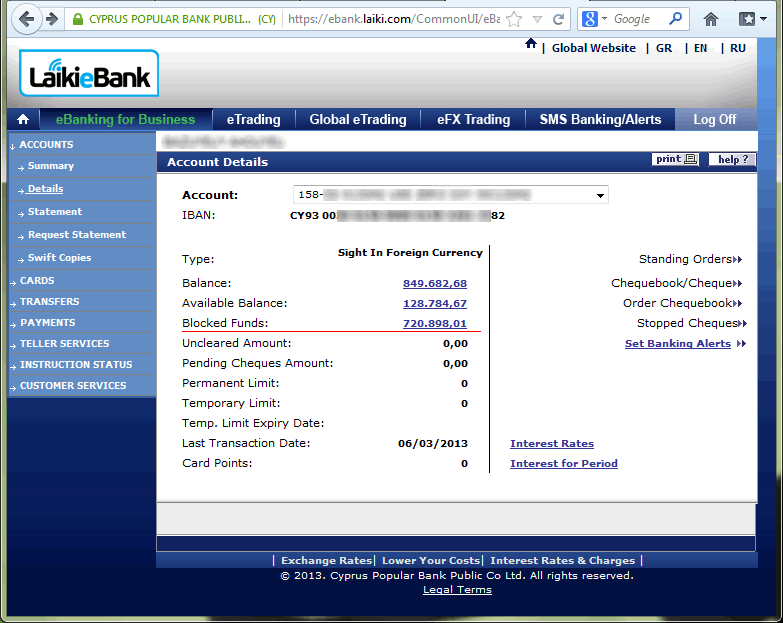 The Russian president has opposed the adoption of Russian orphans by Gay and Lesbian foreign couples, and has instructed the...