A Jewish student group announced Wednesday that it will be taking further legal action against Twitter over the global networking site’s failure to comply with to a French court order to release data on individuals responsible for posting anti-Semitic tweets. 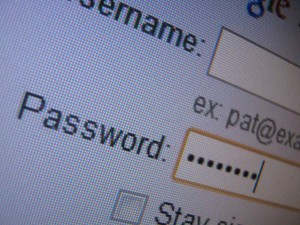 “Twitter is playing the indifference card in not respecting the decision of January 24,” when a Paris civil court gave the company two weeks to relinquish the requested information, said Jonathan Hayoun, president of France’s Union of Jewish Students (UEJF), according to the AFP news agency.

“In protecting the anonymity of the author of these tweets it is making itself an accomplice and offering a highway for racists and anti-Semites,” he said, adding that the the group will be taking legal action against Twitter and its CEO Dick Costolo.

The association is claiming 38.5 million euros ($50 million) in damages, which they would donate to the Shoah Memorial fund, according to the text of the summons for Twitter to appear before the civil court’s criminal division.

UEJF lawyer Stephane Lilti said the group had filed the summons on Wednesday.

A spokesman for Twitter told AFP that it was in discussions with the Jewish student group but that “unfortunately they are more interested in these grand gestures than in finding an adequate international procedure to obtain the requested information.”

“We will appeal tomorrow (Thursday)” to the French court, Twitter said in reference to the January 24 decision.

It added that the French court had only notified it of the earlier ruling “a few days ago.”

On Sunday French President Francois Hollande called for the names of the authors of the anti-Semitic tweets to be released, in line with the court’s decision.

The union had been pressing Twitter to exercise tighter control of a deluge of anti-Semitic messages posted under the hashtag #unbonjuif (#agoodjew), with some posting that “a good Jew” is “a death Jew.”

In October, Twitter suspended the account of a neo-Nazi group in Germany following a request from the government in Berlin.

That was the first time that the US firm had applied a policy known as “country-withheld content”, which allows it to block an account at the request of state authorities.

Abbas: Freeing Terrorists is Our Priority

Palestinian Authority Chairman Mahmoud Abbas said on Wednesday that the freeing of terrorists serving time in Israeli prisons was a...