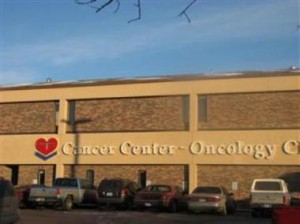 Cancer clinics nationwide are turning away thousands of Medicare patients due to the sequester budget cuts that Obama put in place in the summer of 2011.

The Washington Post reported the reduced funding, “which took effect for Medicare on April 1, makes it impossible to administer expensive chemotherapy drugs while staying afloat financially.”

If we treated the patients receiving the most expensive drugs, we’d be out of business in six months to a year,” said Jeff Vacirca, chief executive of North Shore Hematology Oncology Associates in New York. “The drugs we’re going to lose money on we’re not going to administer right now.”

Flashback to March 5 — just days after the sequestration deadline had past — The Washington Times reported that a leaked email confirmed President Obama’s political strategy to make federal budget cuts as painful as possible to win the public opinion battle against Republicans. 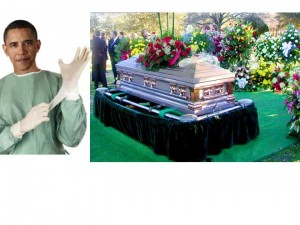 The Obama administration is doing everything they can to make sure their worst predictions come true and to maximize the pain of the sequester cuts for political gain.

In targeting cancer patients, Obama is politicizing medicine to make a point. He’s coldly putting his agenda over the well-being of Americans.

But as reprehensible as his actions are today, this is just the beginning. Once ObamaCare is fully implemented, the practice of politicizing medicine will continue rising dramatically — impacting every man, woman and child in America.

Political columnist Michael Barrone calls this approach to health care “thuggery” and an expected consequence when the federal government takes over one-sixth of the U.S. economy.

Make mo mistake, this administration will literally kill its own citizen to maintain power. Obama caused the sequester, and it is supported by liberal democrats now Americans may die.

In Case You Missed It:  Did Joe Biden Just Have The Worst First Year Of Any President In Modern History?
Posted in Tyranny and tagged Congress, Debt Crisis, Health Care Reform, Healthcare, Obama, Obamacare, Obamanomics, US Citizen.

How Can Any Rational, Normal Person Believe in Islam

On March 30th 2013, the New York Times ran an article asking the question: How can reflective and honest intellectuals actually...