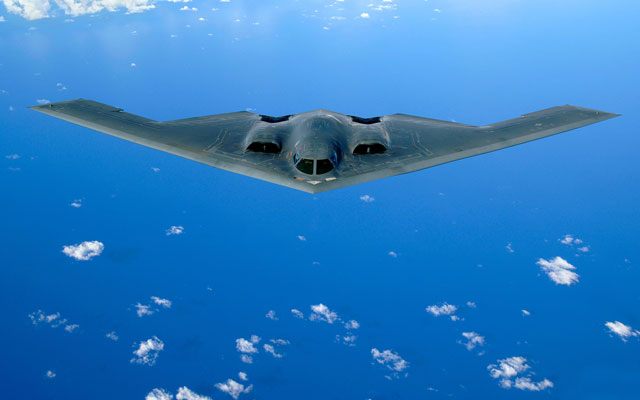 Just days before President Obama released his fiscal year (FY) 2014 budget request, the Air Force reported that it will have to ground one-third of its aircraft due to budget constraints.

Operations and maintenance accounts will be hit particularly hard, causing the Air Force to severely restrict which of its assets will continue to operate. With U.S. military readiness already suffering from years of budget cuts, and many more years of insufficient modernization and recapitalization to come, America’s airpower is in jeopardy.

The military is being forced to prioritize immediate readiness at the cost of long-term readiness. The armed services necessarily preserve current operations when fiscally constrained, meaning cuts to operations and maintenance. Aging aircraft are being grounded because there aren’t funds to maintain them, let alone replace them with new ones.

Major operations like the war in Afghanistan will be prioritized, so units destined for that area will maintain full readiness capabilities. Affected units currently deployed to Europe and the Pacific will stand down only once they return home, while those already in the U.S. will do so progressively over the rest of FY 2013.

Prioritizing in this way also means training will be reduced. The Air Force will have to cut planned flight training by 45,000 hours prior to October 1. Once readiness in this area is lost, it is not easy to re-establish. In order to return to mission-ready status, the Air Force says pilots and aircrews need 60–90 days of training. “The current situation means we’re accepting the risk that combat airpower may not be ready to respond immediately to new contingencies as they occur,” said General Mike Hostage, commander of Air Combat Command.

In Case You Missed It:  How California Is Turning Into a State Governed by Identity Politics

Although the U.S. is drawing down in Afghanistan, this region still requires significant resources. U.S. forces must continue to train local Afghan forces. The conflicts in Syria and Israel each consume vast diplomatic resources, and some level of military presence will be necessary in the Middle East for the foreseeable future.

These shortfalls leave little room to execute the Asia–Pacific pivot. President Obama has made it clear that he wants to rebalance U.S. military forces to support our allies in the Pacific, and deter the evolving threats in that area. While this strategy has merit, it requires sufficient capabilities to implement properly. This is especially true of deterrence—it only works if your opponent believes you’ll make good on the threat.

The Air Force displayed its capabilities recently as bombers and fighter jets flew over the Korean peninsula during the Foal Eagle joint military exercise with South Korea. If North Korea was to attack the South, it would be the U.S. Air Force’s B-52s and F-22s that would support South Korea’s self-defense. The B-52 fleet turned 60 years old last year, while the F-22 program was cut off at a level well below what was required for a legitimate fleet.

With the next generation bomber barely in developmental stages and no supplement for the F-22 other than the F-35 Joint Strike Fighter (which isn’t a 100 percent substitute for the F-22’s capabilities), the Air Force will be struggling to fill these capability gaps for years to come.

Representative Steve King of Iowa, a prominent House conservative, says Congress should be cautious about rushing immigration reform, especially after...