Canada tried to deport one of the two terrorists it caught this week, CBC News confirmed on Thursday. 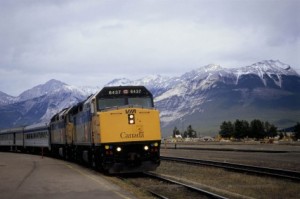 According to the report, Canada tried nine years ago to deport Raed Jaser, one of the two men accused of plotting a terrorist attack on a passenger train, but authorities didn’t proceed and later granted him permanent residency.

Jaser, 35, and Chiheb Esseghaier, 30, have been accused of plotting to derail a train in what authorities have called an “al-Qaeda supported” attack.

According to the CBC, Jaser arrived with his parents and two siblings at Pearson International Airport in Toronto on March 28, 1993. They travelled from Germany using fake French documents. When the parents made a claim for refugee protection, Jaser was a dependent minor.

The family was denied refugee status, but appealed.

When his parents later withdrew their claim for refugee protection, changing to the deferred removal order class, Jaser could not be included in that program because he had criminal convictions.

Jaser was determined not to be a refugee on Oct. 30, 1998. In 2004, a warrant was issued for Jaser’s arrest so he could be deported, the CBC reported.

At the deportation hearing held that August, he claimed that he was a “stateless Palestinian” and there was nowhere to send him. His lawyer also pointed out that a pre-removal risk assessment had not been done as required.

Jaser was born in the United Arab Emirates, but at the 2004 detention review hearing, Jaser said he was not a citizen of that country.

“I am a Palestinian by blood, that does not give me any rights whatsoever in my place of birth,” he said, according to the CBC.

The issue of his criminal convictions also surfaced at the 2004 hearing, with the government counsel saying Jaser had “five fraud-related convictions” and “two prior convictions for failure to comply with a recognizance.”

At the conclusion of the hearing, Jaser was allowed to stay on bail until the government figured out what to do. Jaser later applied for, and was granted a pardon.

Jaser and Esseghaier were both remanded to custody pending their next appearances, via video, on May 23. The two were apprehended in an operation coordinated closely with the FBI.

The arrests are not thought to be linked to the recent Boston Marathon attack, but the announcement so soon after the atrocities in the U.S. has highlighted the continued threat to the North American continent from terrorists, in particular from small cells or even pairs of individuals, inspired and motivated by – but not necessarily directly connected to – Al Qaeda.

Monday’s arrests are thought to have disrupted an even larger-scale attack, and Police Assistant Commissioner James Maliza hailed them as a further demonstration of “the expertise and effectiveness of our integrated [counter-terrorism] teams.”

The alleged plotters are said to have been under surveillance by Canadian authorities for at least a year.

Murdering innocent people at the Boston Marathon might seem a strange way to persuade the world that Islam is not...