Arab Bank, Jordan’s largest lender, has lost a bid to avoid a U.S. trial in a lawsuit brought by terrorism victims who accuse it of supporting attacks in Israel, Bloomberg reports. 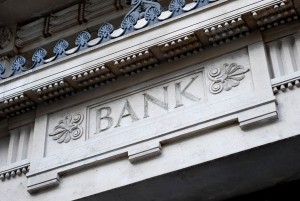 On Wednesday, U.S. District Judge Nina Gershon rejected the bank’s request to throw out the case, sending it toward trial.

The victims claim in their lawsuit that the Amman-based Arab Bank “knowingly and purposefully supported” foreign terrorist organizations from 1995 to 2004 by providing financial support to terrorists, including administering payments to the families of Palestinian Authority Muslim suicide bombers.

The bank has denied wrongdoing.

“For nine years, it’s been the stated goal of all of the plaintiffs to have the opportunity to get their day in court,” Gary Osen, a lawyer for some of the plaintiffs, was quoted by Bloomberg as having said after the hearing.

“This is certainly not the end of the process but it vindicates their right to have their day in court,” he added.

A lead plaintiff in the case is Courtney Linde, whose husband, John Linde Jr., was killed on Oct. 15, 2003, while guarding diplomats traveling in Gaza. The case was brought under the U.S. Anti-Terrorism Act, which allows for lawsuits against companies that provide support for terrorist organizations.

Bob Chlopak of Chlopak Leonard Schechter Associates in Washington, a spokesman for the bank, said in a statement quoted by Bloomberg that the judge’s decision “is only a preliminary ruling allowing the case to proceed to trial by a jury.”

“The bank remains confident that the extensive evidentiary record will demonstrate at trial that the transactions at issue were routine and lawful, and the bank did not knowingly or proximately cause the acts of terrorism at issue in these cases,” Chlopak said.

The trial, tentatively set for September or October, would cover claims brought by 296 people, including victims of 24 separate attacks and their family members. Lawyers said the trial may last as long as 12 weeks.

In November, Arab Bank won the dismissal of a separate suit filed by former Israeli government official Mati Gill, who was injured in a 2008 by a shot fired from Gaza.

U.S. District Judge Jack Weinstein in Brooklyn ruled that Gill didn’t show enough evidence that the bank played a role in the attack to send the case to trial.

In her decision Wednesday, Gershon granted the bank’s request to dismiss certain claims specifying that it aided and abetted terrorist activities. She allowed the rest of the suit to move forward.

Speaking in an exclusive interview with Arutz Sheva, former U.S. ambassador to the United Nations, John Bolton, said that the...