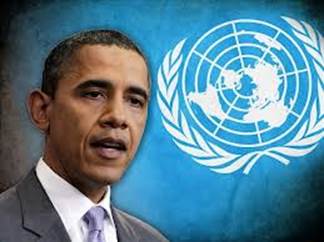 URGENT: Barack Hussein Obama cut military spending at a time when our national security has been PROVEN INEFFECTIVE against terrorists.

Instead of strengthening our military might, Barack Obama chose to FIRE 20,000 Marines to save $10 BILLION only to boost U.N. spending by more than 4% to $3.6 BILLION in the 2014 budget!

He’s going to make all the money come out right with a gigantic new “National Internet Tax Mandate” and Congress is playing along!

PLEASE, BLAST-FAX CONGRESS TO VOTE “NO” ON THE INTERNET TAX
MANDATE AND CUT OFF THE U.N. CASHFLOW NOW – SELECT HERE TODAY!
TELL THE CONGRESS NO NEW INTERNET TAX MANDATE!

When U.N. affiliates’ take-home pay is added to the official tally, another $1.2 BILLION is added to the sovereignty-stripping slush fund – but don’t worry about how we’re going to pay for it… the Obama-Crats and the U.N. have it all figured out!

The National Internet Tax Mandate is being pitched as “leveling the playing field” between Internet-based and shop-based retailers.

Don’t believe that for a minute – it is nothing less than a bold gambit in the Obama-Alinsky strategy to overwhelm us and seize the spoils!

If not stopped, this new National Internet Tax mandate will:

Obama, Reid and the out-of-control spenders in BOTH parties are ready to RAM this nasty bill through the Senate and with quisling John Boehner “leading” the House GOP, there is NO guarantee we can stop this mess… that is, UNLESS YOUR ELECTED OFFICIALS HEAR FROM YOU!

This latest tax SCAM coming out of Capitol Hill is just another outrageous cash-grab because our states and federal government are insatiable and OUT-OF-CONTROL in their own spending. So now they want to dip their greedy fingers into your hard-earned dollars to line their own pockets and send our money OVERSEAS INSTEAD OF REINING IN THEMSELVES!

It used to be that our states were FREE to set their own tax policies as they saw fit based on the will of their constituencies. Now high tax nanny-states want their fair share of low tax, low interference states’ prosperity… but it’s more complex than that. 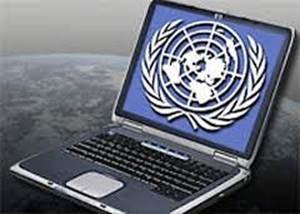 The United Nations is already rubbing its greedy palms together.

Remember, the U.N. “Telecommunications Treaty” to RESTRICT the Internet with new regulations, global CENSORSHIP and a U.N. TAX on ALL INTERNET OPERATIONS?

Well, if this present bill is passed by the Senate and the Internet Tax Mandate NOT STOPPED, the U.N. will be getting a huge piece of the multi-trillion dollar pie that is Internet commerce!

And it gets worse, because along with OUR MONEY, they will get CONTROL OVER THE INTERNET ITSELF!

The broke Feds, the big-spending states – they want you to bail them out of the mess THEY MADE FOR THEMSELVES!

As Front Page Magazine points out, these numbers don’t even include the swirling cesspool of hundreds of millions of your hard-earned taxpayer dollars being channeled through U.S. development, health or education agencies and institutions to their U.N. counterparts doling out hefty U.N. administrative fees as part of the bonanza.

There’s also $50 MILLION in the State Department budget – among the other filth – to support a “U.N. presence in Syria”! But no worries, our neighbor Israel who is already fending off increasing hostility from the jihadi insurgents will be feeling the brunt of the damage that cash handout causes! 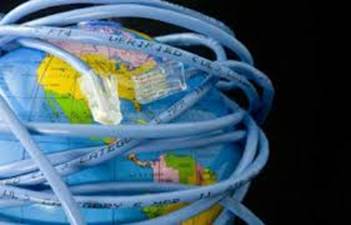 We’re also doling out approximately $77.8 MILLION to the U.N. Educational, Scientific and Cultural Organization, or UNESCO, to renew an annual contribution Congress cut off in 2011 BECAUSE the organization gave FULL MEMBER-STATE STATUS TO PALESTINE in violation of U.N. peaces treaties and binding accords!

The Obama administration is so generous that it even wants to HAND OVER money FROZEN in 2012 and 2013 – another $135 MILLION!

There is a 30 percent hike in Obama money for global warming ($13 million) and another 22.5 increase ($37 million) for U.N. advocated abortion via its U.N. Population Fund.

It is obvious Barack Obama is ABUSING his discretionary budget to keep his “fundamental transformation” in full swing – but here’s the catch… even if WE agreed, WE CANNOT AFFORD IT!

Even if we should and could be providing all this largess (we SHOULDN’T), it would not enough to satisfy the insatiable power-grabbers and bottom-feeders at the U.N. who aided and abetted by Barack Obama are EXPLOITING our present weakness to destroy our sovereignty!

Yes, this administration is playing us right into the U.N.’s grasping, grubby, greedy hands! And it’s not just Congress that we are fighting for our freedom – some of our own Governors who have spent themselves blind are busy twisting arms on Capitol Hill to get this Internet tax kickback by handing over AMERICAN SOVEREIGNTY!

CONGRESS NEEDS TO CUT OFF THE CASH-FUNDING OF THE U.N. – ENEMIES OF OUR SOVEREIGNTY AND CHAMPIONS OF JUNK SCIENCE, ABORTION AND ISLAMISTS!

MAKE NO MISTAKE: We cannot sit by hoping that our small contingent in Congress of Tea Party patriots or true sovereignty-minded conservatives take up this fight for us.

Between battling the Second Amendment fights, the ObamaCare Mr. “Fix-Its” and now this – the one-worlder socialists are trying to overwhelm us into submission.

Will you help us sound the alarm, today?

PLEASE, BLAST-FAX CONGRESS TO VOTE “NO” ON THE INTERNET TAX
MANDATE AND CUT OFF THE U.N. CASHFLOW NOW – SELECT HERE TODAY!
TELL THE CONGRESS NO NEW INTERNET TAX MANDATE!
Additionally, WE MUST BROADEN THIS FIGHT! MANY DO NOT KNOW THIS BILL IS HAPPENING!

Emerging from intense controversy, the British politician Herbert Samuel (1870-1963) was appointed the first High Commissioner of Palestine, where he...