The Academic College in Tzfat held a conference Monday on the subject, “The borders of democracies’ war on terrorism.” 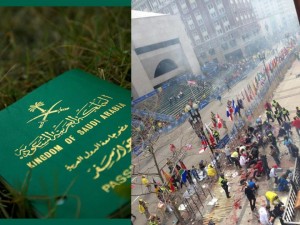 Faculty member and terrorism expert Shimon Carmi explained to Arutz Sheva that the way society reacts to terrorism affects the society itself, first and foremost.

“If we were to decide to ignore all the treaties and wage a total war on terrorism, it wouldn’t work,” he said. “And in addition, we need to take into account what it would do to us as a society, as the Jewish nation.”

States have more means of waging war at their disposal than do terrorist organizations, he said. However, states cannot fully defeat terrorism.

“The state wants to create a certain balance between upholding its democratic values – which do not discriminate between citizens based on ethnic or religious identity – and defending the state’s citizens and its values,” he said.

“That means we have to work intelligently. To hold a covert dialog with the other side – that is a cornerstone of coping with terrorism,” Carmi continued. “We need to learn from the other side in order to counteract it in the most effective, and most just, manner.”

“We need to do everything wisely, and not to overreact, because terrorism was, is, and will continue to be… It’s easy to use violence but in the war on terror we need to look forward – meaning less revenge, and more focus on our future security,” he said.

He looked to Israel’s neighbors, “In Syria, the Alawi minority is slaughtering its own people in the cities. It is attacking itself to purge the opposition. Do we want to be like Syria?”

“I’m not talking about solving the problem, but about decreasing, turning down the flames,” he explained. “The nature of man is to be violent, there is violence in the streets and in our homes. A violent response is not necessarily the right answer.”

“Personally,” he added, “I see more importance in the fact that the state of Israel can produce seven or eight Nobel Prizes… That’s the direction we should take. Terrorism never dies, but when we, as the opponents of terrorist groups, prove that we are a better, more advanced society, more moral and ethical, we destroy many of their arguments.”

Report: Obama Spent Twice As Much Time On Vacation Than The Economy

Who would have ever thought that the best thing about being President would be the non-stop golfing and vacations? Sure,...