Soldiers who promote their faith can be prosecuted under military law, the Pentagon said in a brief statement released to the media. 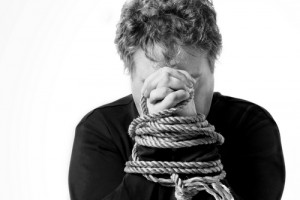 “Religious proselytization is not permitted within the Department of Defense,” the statement to Fox News stated. “Court martials and non-judicial punishments are decided on a case-by-case basis.”

The statement comes on the heels of a Breitbart report about Pentagon officials who met with Mikey Weinstein, the head of the Military Religious Freedom Foundation, to shape policies that prevent active duty members from sharing faith. Mr. Weinstein has a no-tolerance view of Christianity in the military, Breitbart reported. One of his beliefs: Soldiers who share the gospel of Jesus Christ are guilty of “treason” — even chaplains,Breitbart found.

And now the Pentagon has come forward with a statement that embraces Mr. Weinstein’s policies, Breitbart said.

In response, the Family Research Council has launched a petition to request Secretary of Defense Chuck Hagel cut ties with Mr. Weinstein. Lt. Gen. Jerry Boykin, executive vice president of the FRC, said on “Fox & Friends” on Wednesday that he would like to see a clearer definition of proselytizing by the Pentagon.

“I think they’ve got their definitions a little confused,” he said, Breitbart reported. “If you’re talking about coercion, that’s one thing. But if you’re talking about the free exercise of our faith as individual soldiers, sailors, airmen and Marines, especially for the chaplains, then I think the worst thing we can do is stop the ability for a soldier to be able to exercise his faith.”

In Case You Missed It:  CDC given $1 billion to push covid vaccine propaganda, funded by the very same taxpayers being damaged by vaccine adverse events
Posted in Freedoms and tagged Freedom, Military, Pentagon, United Socialist States of America.

Poll: 29% of Registered Voters Believe Armed Revolution Might Be Necessary in Next Few Years

By Gregory Gwyn-Williams, Jr. Twenty-nine percent of registered voters think that an armed revolution might be necessary in the next few...