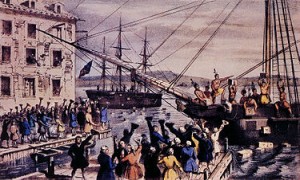 Twenty-nine percent of registered voters think that an armed revolution might be necessary in the next few years in order to protect liberties, according to a Public Mind poll by Fairleigh Dickinson University.

The poll, which surveyed 863 registered voters and had a margin of error of +/-3.4, focused on both gun control and the possibility of a need for an armed revolution in the United States to protect.

The survey asked whether respondents agreed, disagreed, neither agreed nor disagreed or did not know or refused respond to the statement: “In the next few years, an armed revolution might be necessary in order to protect our liberties”

Results of the poll show that those who believe a revolution might be necessary differ greatly along party lines: 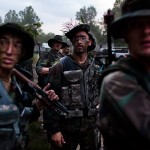 The poll found that 38 percent of Americans who believe a revolution might be necessary support additional gun control legislation compared to 62 percent of those who don’t think an armed revolt will be needed.

Dan Cassino, a professor of political science at Fairleigh Dickinson and analyst for the poll, says:

“The differences in views of gun legislation are really a function of differences in what people believe guns are for.  If you truly believe an armed revolution is possible in the near future, you need weapons and you’re going to be wary about government efforts to take them away.”

The poll was conducted nationally between April 22 and April 28, 2013.

In Case You Missed It:  IRS Data Shows Democrats Are Now The Party Of The Rich
Posted in Freedoms, Tyranny and tagged Freedom, Obama, Revolution, United Socialist States of America, US Citizen, White House.

Downsizing Fraud on the Public

By Peter Paton Everyday we are seeing more and more examples of Downsizing of products and goods by Companies in...