(CNN) — The United States believes Israel has conducted an airstrike into Syria, two U.S. officials tell CNN.
U.S. and Western intelligence agencies are reviewing classified data showing Israel most likely conducted a strike in the Thursday-Friday time frame, according to both officials. This is the same time frame that the U.S. collected additional data showing Israel was flying a high number of warplanes over Lebanon. 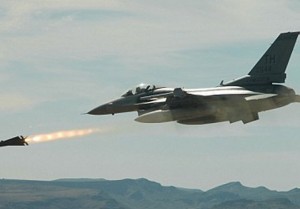 One official said the United States had limited information so far and could not yet confirm those are the specific warplanes that conducted a strike.  Based on initial indications, the Obama administration is not sure Israeli warplanes entered Syrian airspace to conduct the strikes or not.

Officials said there is reason to believe Israel struck at a chemical weapons storage facilities. The Israelis have long said they would strike at any targets that prove to be the transfer of any kinds of weapons to Hezbollah or other terrorist groups, as well as at any effort to smuggle Syrian weapons into Lebanon that could threaten Israel.

The Israeli military had no comment. But a source in the Israeli defense establishment told CNN’s Sara Sidner, “We will do whatever is necessary to stop the transfer of weapons from Syria to terrorist organizations. We have done it in the past and we will do it if necessary the future.”

The Percentage Of Self-Employed Americans Is At A Record Low

The percentage of Americans that are working for themselves has never been lower in the history of the United States....