Azamat Tazhayakov and Dias Kadyrbayev, two Kazakh Muslims, along with a Dzhokhar Tsarnaev sympathizer, Robel Phillipos, have been caught covering up for the captured Boston Marathon bomber. But why? Because there is a network between Jihadists and their sympathizers in America. This network can be found online.

Scattered around the Internet are photos unknown to Americans of Dzhokhar Tsarnaev, posted by Chechen lovers of the terrorist. (I have obtained them from undisclosed sources)..

How could these people get such unknown photos unless they had either known somebody within Tsarnaev’s circles or gotten them from Dzhokhar himself?

Here is one of them: 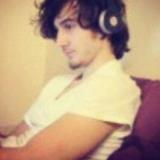 Amongst supporters of Dzhokhar is an online Chechen group called San Home Daymohk, which posts Islamist slogans such as “Islam will Dominate the World”. The page has also posted a poster of a black fist, upon which has the Islamic Shahadatan busting through the American flag. Another poster popular among Chechens that was spread around after the Boston explosions: “United States, keep calm and don’t f***k with Chechens.”

The Left has told us not to generalize about the Chechen people. But when one looks online amongst Chechens themselves, what we find is collective praise for Dzokhar Tsarnaev as a victim and a hero.

We must be weary of the Chechen population in America; many are supporters of Jihad and are deeply embedded in dangerous terrorist cells. We also must keep in mind that they are European and do not have a Middle Eastern appearance. This enables them to blend in without triggering the suspicions of Americans who are more accustomed to terrorism coming from the Near East. Anyone who is familiar with Chechen terror against Russians is familiar with how brutal and vicious Chechen jihadists are. We are now getting a taste of it here in the United States. We must therefore be especially vigilant, since, as is now becoming evident, myriad Chechen jihadists are amongst us in the United States.

As for Tamerlan Tsarnaev Dzhokhars deceased brother, killed in a shootout with police cemeteries are rejecting his burial.

In Case You Missed It:  9-11-2001 NEVER FORGET
Posted in Terrorism and tagged Chechnya, Islam, Muslims, Terrorism.

Jim Lo Scalzo/EPA/Newscom In 2007, The Heritage Foundation estimated that amnesty would cost the U.S. taxpayer trillions of dollars over...