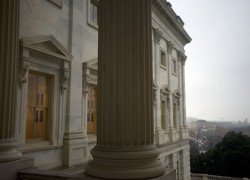 
Analysis: This week, the House is taking up bills to prevent sovereign default and allow families more flexibility in their work schedules. The Full Faith and Credit Act would ensure that as we enter another debt ceiling fight, America will continue to fulfill its debt obligations even past the debt ceiling. With this bill in place, the Obama Administration would be restricted in its ability to play political games with the debt rather than confront the fiscal crisis we are facing. The Working Families Flexibility Act would give employers and employees the ability to exchange overtime hours for paid time off, something government workers are allowed to do, but private-sector workers are not.

Analysis: This week, the Senate will continue debate on the Internet sales tax and will move to final passage. This bill would place an overly costly burden on online retailers to comply with the regulations of dozens of tax jurisdictions as well as out-of-state “tax audits from hell.” Once it has finished work on the Internet sales tax, the Senate will move to the Water Resources Development Act (WRDA). This bill will allow for spending that is too high on projects that are state and local responsibilities. Heritage lays out WRDA’s “seven costly sins” here.

Public school system gets A for arrogance

A controversial school curriculum management system in Texas that once included a description of the Boston Tea Party as terror,...