President Barack Obama has nominated Rep. Mel Watt to be Director of the Federal Housing Finance Agency.  If his appointment is upheld, Watt may well lead America into another housing collapse. 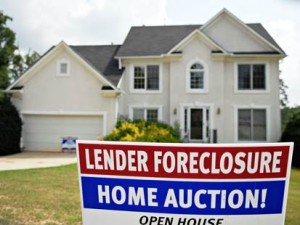 Watt is the Democratic Representative from the 12th district of North Carolina.  He has been in Congress now for 20 years and is well versed in the Democrat’s Washington political ways.  Besides being a member of the Congressional Black Caucus, he is also a member of the Congressional Progressive [socialist] Caucus and the International Conservation Caucus.  He serves on the House Committees of Financial Services and Judiciary.

Early in Watt’s congressional career, he was instrumental in helping many poor people secure home loans that they could not afford.  In 2002, he worked with Bank of America, Freddie Mac, Fannie Mae, BB&T and UJAMMA Inc. to launch the Pathways to Homeownership program.  The program was designed to help low income people to become home owners.  If the people could come up with $1000 towards a down payment, the program would help find the additional amount needed to place a 3% down payment on a home.

Later in 2002, Watt’s office boasted that his program had helped secure $9.5 billion for 82,000 mortgages in the Charlotte area. This program, along with similar programs instituted by the Clinton administration, were the direct cause of the housing collapse that occurred during the presidency of George W. Bush.  The foreclosure rate in the Charlotte area was more than double that of the rest of the nation.  Consequently, most American’s lost around 40% of their net worth and the entire economy of the country tanked and millions of jobs were lost.

In fact, President Bush pushed to limit Freddie Mac and Fannie Mae’s exposure to subprime loans, but Rep. Watt and Rep Barney Frank managed to block Bush’s efforts.  In the hearings held over the measure, Watt defended his opposition to Bush saying:

“I don’t see much other than a shell game going on here, moving something from one agency to another and in the process weakening the bargaining power of poorer families and their ability to get affordable housing.” 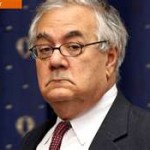 When the housing market began its tumultuous plunge in 2007, Watt and Franks tried to push the Affordable Housing Fund bill which would have required Freddie Mac and Fannie Mae to make even more risky loans to poor people to get them into homes they could not afford to keep.

There is a lot more than can be said about Watt’s direct role in the housing collapse that literally destroyed the entire US economy, except for gun sales, but I hope you get the idea of what a danger he is.  Now imagine this man being nominated to head the federal agency responsible for the regulation of Freddie Mac, Fannie Mae and the 12 Federal Home Loan Banks that comprise most of the mortgage industry.

If Watt is approved and he holds true to his record, we will see in increase in subprime mortgages to the poor.  This will result in what will appear to be a housing boon which will help create jobs and spur the economy just like what happened during the Clinton era.  However, it will also result in another housing collapse about 3-7 years down the road which will reflect on the next president to succeed Obama.  Obama will be seen by the liberal media and historians as a savior of the American economy and his successor will be seen as another economic failure like Bush, even though it won’t be his fault.

Watt is a huge danger to America as I don’t believe we can survive another housing and economic crash so soon after the last one.  Therefore, contact your senators and demand that they block Watt’s appointment.

In Case You Missed It:  CNN Trying To Do Damage Control After Being Called Out As Liars By Joe Rogan (VIDEO)
Posted in Financial, Tyranny and tagged Banking, Depression, Foreclosures, Obamanomics, Recession.

Iran is Obtaining Materials in Violation of UN Sanctions

The United States said on Friday that both Iran and North Korea are trying to obtain high-tech materials linked to...