In a ceremony celebrating its 150th anniversary, the International Red Cross together with the Palestinian Red Crescent planted 150 trees bearing the names of “veteran prisoners.” 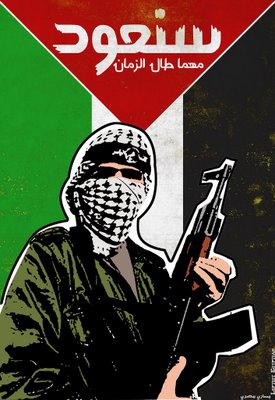 The Palestinian Authority uses the term “veteran prisoners” to refer to those who have been in jail the longest, and in most cases are serving life sentences for murder or multiple murders. Giorgio Ferrario, representative of the International Federation of Red Cross and Red Crescent Societies, participated in this ceremony honoring terrorists, which was named “My Honor is My Freedom.”

Palestinian Media Watch recently reported that Issa Abd Rabbo, who shot and murdered two university students hiking near Jerusalem, was referred to as a “veteran prisoner.” Abd Rabbo was recently honored by PA Chairman Mahmoud Abbas. (See below – names of more murderers serving life sentences referred to by the PA as “veteran prisoners.”)

The Palestinian Red Crescent’s website writes that its “programs, projects and events” are funded by the International Red Cross:

PMW has documented that the PA policy is to present terrorist murderers as role models.

The following is the article in the official PA daily reporting on the International Red Cross’ participation in the tree planting ceremony honoring terrorists:

Headline: “150 trees named for prisoners are planted in Jenin”

“The International Red Cross and the Palestinian Red Crescent, in cooperation with the Zububa Rural Council west of Jenin, yesterday planted 150 fruit trees that carry the names of the veteran prisoners jailed in the occupation prisons.

The Red Cross and the Red Crescent conducted a ceremony called ‘My Honor is My Freedom’ in the village of Zububa to mark the 150th anniversary of their founding. Fruit trees were planted at the entrance to the village, where the racist annexation and expansion wall that has swallowed up thousands of acres [of land] was built.”

PMW notes that the article in the PA daily included the following incorrect statement:

“Participating in the ceremony was the Representative of the European Union of Red Cross and Red Crescent Societies, Giorgio Ferrario.”

In fact, Giorgio Ferrario who participated in the event is not an EU representative but the “Representative of the International Federation of Red Cross and Red Crescent Societies” in the PA.

The following terrorists serving one or more life sentences have been referred to as “veteran prisoners” by the official PA media. Some have since been released:

As the Obamas presidency is engulfed in scandals ranging from Benghazi to IRS abuses to the not forgotten Fast and...