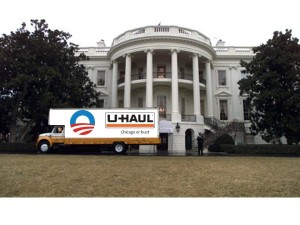 In just one week, President Barack Obama’s political machine has switched from endless campaign to survival mode. And for the first time in Obama’s presidency, the damage to his regime may be permanent.

Three revelations have come together like an avalanche. First, there was a Benghazi hearing that proved beyond any reasonable doubt that this administration is feckless, dishonest, and cravenly politicized. But in its aftermath on Friday, an executive branch information dump dropped another bombshell: the IRS does indeed target and intimidate conservative groups.

This appalling admission from a senior IRS official was obviously meant to slide into the news cycle and dissipate over the weekend. This unseemly public relations gambit has become a hallmark of the Obama approach to all issues, regardless of their importance to the nation. Deny or delay, spin and win.

And, to the discredit of our electorate, it has worked–until perhaps now.

As the country was still reeling from the gut-wrenching testimony of three Benghazi whistleblowers and the IRS mea culpa, yet another log was thrown onto the bonfire of the Obama administration’s credibility. Yesterday the Associated Press broke a news story that Obama’s Justice Departmentcollected phone data on dozens of AP reporters as part of a national security leak investigation.

Such sweeping intrusion upon a news organization’s privacy–exposing all its sources and chilling all speech in the process–makes a mockery of the Constitution’s guarantee of not “abridging the freedom of speech.” We can now add the First Amendment to the butcher’s bill of Obama administration overreach and nascent autocracy.

These three scandals have encircled the Obama administration. They threaten to turn the President’s second term into an ongoing partisan dogfight as the GOP pushes for answers that could trigger investigations, resignations–yes, possibly even impeachment, depending on what is found.

Here’s a brief rundown of the current debacles facing Obama:

1) IRS as a Political Weapon

The IRS singled out and harassed conservative political groups, including during the election year of 2012. The mere mention of the IRS understandably sends a jolt of anxiety through most Americans, so the implications of this conduct for Tea Party and other conservative groups are obvious. This was the worst kind of dirty politics, and an affront to even the most basic trust in government.

While the IRS admitted this egregious conduct, already there have been lies peddled about the depth and scope of this malfeasance. At first we were told that the breaches were limited to low-level civil servants in a few field offices. But that was also false, as we now know Washington DC-based IRS officials were involved too.

The familiar script from Obama and his phalanx of public relations protectors in the White House–that the IRS abuses are not political, and only those who want answers have any political motivations–sounds increasingly obtuse, and pathetic. All the obfuscation on these issues come from the same direction, and benefit the same side of the political aisle.

And ultimately, incompetence and ignorance are poor excuses for a chief executive. The president can only claim he didn’t know what his agencies were up to so many times before someone asks the President that all important question- what would you say, you do here?

2) Frontal Assault on the First Amendment

If a free press is the foundation upon which representative government is built, the Obama administration has allowed the Department of Justice to take a sledgehammer to it. The wholesale investigation of a major news outlet like the Associated Press undermines the intent and spirit of laws meant to promote the discourse necessary for democracy.

And this sets a very dangerous precedent. Unknown to much of the public, there is no special exception for the media to publish classified government information, nor are there hard-and-fast statutory constraints on calling members of the press to divulge their sources under pressure of subpoena. If Obama’s DOJ can do this once, there is no reason they can’t make it standard operating procedure. That would mean bye-bye, fourth estate.

Until now, the federal government has been generally aware of the tension that exists between national security and the First Amendment. Not this administration. Leakers, at least the ones not authorized from the White House itself, are punished severely.

At this early stage, it seems likely the Obama administration recognized that, despite its loud proclamations of outrage, no arrests have been made over the string of national security leaks over the past two years. In order to make it look like they take all leaks seriously, and to send a message to any prospective whistleblowers, Obama officials probably decided to go all in after one unauthorized leaker without the benefit of White House connections. That frenzied effort may have led to the unprecedented, secret seizure of Associated Press records.

While the audacity of hyper-partisanship from Obama is jarring, it’s not shocking. So much about this administration, and for so long, has been venal, petty, and undignified. The most recent iteration of the Benghazi hearings solidified those feelings and left even the most ardent administration supporter defending the indefensible. But many questions remain:

Who made up the story about the YouTube video? Was Hillary Clinton incapable of calling her own employees to find out what happened? Where was President Obama during the 8-hour attack? What is being done to bring the attackers to justice? These are just some of the unknowns that require continued investigation despite the administration’s efforts at stonewalling.

It’s impossible to tell at this point what the consequences of these scandals will be for the Obama administration. To be sure, more information on the IRS targeting, DOJ snooping on journalists, and Benghazi is certain to come out. And while it will be damning overall, we can’t yet tell whether the sum total will be an ironclad implication of President Obama or his cabinet.

But if this administration can get away with using federal agencies to stifle political dissent, harassing and spying on journalists, and lying about the origins, actions, and aftermath of a terrorist attack, America is no longer worthy of the Constitution left to us by the Founders.

It’s time for answers and accountability. The dignity and future of the Republic hangs in the balance.

May 9, 2013 14:51 by Simon Plosker This opinion piece by HR Managing Editor, Simon Plosker, is reproduced from The...