Mainstream conservatives must know ? with zero equivocation ? that Obama’s impeachment is off the table. For those in the media unable to decipher that, spell it out for them and leave no wiggle room.

President Obama will not be impeached.

Is he lazy? Of course.

Is he corrupt? Brazenly.

Is he a bully who abuses his power? Most definitely.

Has he lied about everything from the effects of his signature policies to scandals more serious than those of Bill Clinton and Richard Nixon combined? With zero doubt. 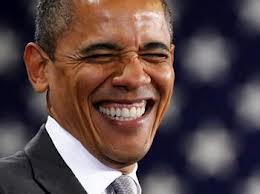 Should he be impeached?

Republicans had better learn from the 1998 Clinton impeachment hearings. Bill and Hillary Clinton were caught up in numerous scandals stretching from their Arkansas days to long after they entered the White House. There was Whitewater, the Travel Office, FBI file abuses, the Waco siege, questionable commodities trades, and of course numerous “bimbo eruptions” culminating in the Monica Lewinsky scandal. Bill Clinton lied under oath in a deposition.

The left responded by going into overdrive against a mythical, “vast right-wing conspiracy.” The vast left-wing conspiracy was very real, and everybody from Linda Tripp to Judge Kenneth Starr was viciously attacked. Tripp was a whistleblower who was punished for speaking out. Starr was a respected judge with integrity beyond reproach. The left did not care.

The left needed and tolerated the Clintons, but they worship Barack Obama. To paraphrase Mary J. Blige, Obama is everything, and everything is him. He is pro-choice on abortion, supports gay marriage, and believes in global warming. He is also the first partially black President. He is not going anywhere.

Former Louisiana Governor Edwin Edwards famously said that the only way he could lose an election was to be caught in bed with either a “dead girl or a live boy.” Barack Obama is much more popular and has more ruthless defenders.

As a supporter of the 1998 impeachment and a believer in the rule of law, there comes a time to admit that many leftists are above the law. Instead of gaining seats in those midterm elections, Republicans lost seats. House Speaker Newt Gingrich resigned in the wake of his own infidelities, as did his likely successor Bob Livingston.

Do Republicans really think Barack Obama, Jon Corzine, or any other powerful progressives are ever going to be held accountable for their misdeeds? That is not the way the world works. The liberal media rigs the game, and that is part of life.

The news is not all bad for conservatives. Far from it. By 2000, “Clinton fatigue” had set upon the nation. That brought down Al Gore, who should have won his election by twenty points or at least coasted to a win like George Herbert Walker Bush did.

The long-term goal is not to remove Obama. It is to obliterate the Democrats and eradicate every trace of liberalism. The goal is to return Democrats to their status of the 1980s, where they had to meet in secret rooms just to admit they were liberals. The goal is to associate liberalism with complete and total failure, so that every Democrat running for election spends time on the defensive just fending accusations of liberalism.

The recent South Carolina congressional special election is a perfect example. Republican Mark Sanford had his flaws, but he followed the 2010 Republican playbook to victory. Rather than link his opponent to the strongest and most liked Democratic leader, Obama, he welded her to the weakest and most reviled one. He hung Nancy Pelosi around his opponent’s neck and reduced her to a San Francisco Pelosicrat.

2014 should be about the Obama-Pelosi reign of error. Everything they have done has failed. Pelosi should be in every campaign commercial.

Some conservatives will demand that the truth is what matters most. Wrong. Winning elections and governing is the only way to advance a conservative agenda. Election losers get nothing but their name etched somewhere in the middle of a giant ash heap of history.

Elections are popularity contests. Obama is likable. Conservatives may loathe him, but the American people do not. 2014 should be about Pelosi. 2016 can then be around a successor that is either incredibly disliked (Hillary Clinton), seen as a bumbler (Joe Biden), or some boring white guy nobody cares about (whoever currently governs Maryland). By then, voters will have Obama fatigue.

Life is not fair, and sometimes there is no justice. Sometimes bad things happen to good people and bad guys get away with murder. Obama got away with two separate scandals where people were murdered, and glided to reelection.

Besides, if conservatives thought it was fun watching Al Gore try to escape Bill Clinton’s misdeeds, imagine the joy of seeing Hillary Clinton skewered over Barack Obama’s failures before being skewered over her own.

Jimmy Carter was never impeached, but he was almost universally regarded as a failure. Even with two terms, Barack Obama will face the same fate as long as conservatives get out of their own way and learn from their past mistakes.

Forget impeaching or indicting Obama. The bigger indictment will be the indictment of everything that is liberalism, personified by Obama liberalism.

Related: Obama Will Never be impeached on Benghazi and he knows it

by Itamar Marcus and Nan Jacques Zilberdik In a ceremony celebrating its 150th anniversary, the International Red Cross together with...