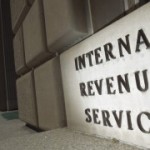 REP. TREY GOWDY (R-SC): Mr. Issa, Mr. Cummings just said we should run this like a courtroom, and I agree with him. She just testified. She just waived her Fifth Amendment right to privilege. You don’t get to tell your side of the story and then not be subjected to cross examination. That’s not the way it works. She waived her Fifth Amendment privilege by issuing an open statement. She ought to stand here and answer our questions.

Rep. Darrell Issa, chairman of the House Oversight and Government Reform Committee,  boldly asserted this afternoon that Lerner “waived” her right to plead the Fifth Amendment when she made an opening statement at this morning’s hearing. From POLITICO:

The California Republican said Lerner’s Fifth Amendment right to avoid self-incrimination was voided when she gave an opening statement this morning denying any wrongdoing and professing pride in her government service.

“When I asked her her questions from the very beginning, I did so so she could assert her rights prior to any statement,” Issa told POLITICO. “She chose not to do so — so she waived.” …

“The precedents are clear that this is not something you can turn on and turn off,” he told POLITICO. “She made testimony after she was sworn in, asserted her innocence in a number of areas, even answered questions asserting that a document was true … So she gave partial testimony and then tried to revoke that.” …

“I understand from her counsel that there was a plan to assert her Fifth Amendment rights,” he continued. “She went ahead and made a statement, so counsel let her effectively under the precedent, waive — so we now have someone who no longer has that ability.”

Essentially, he argues, her opening statement, in which she proclaimed her innocence, constituted a forfeiture of Fifth Amendment protection because she spoke on her own behalf about her involvement in the matter. Issa intends to invite Lerner before the committee again in the hopes of conducting a proper grilling, and others–including Rep. Trey Gowdy–agree that she must now give testimony.

Drawing greater attention to her silence could, ultimately, help in the investigation of the IRS; if they ask her back and she stonewalls, the public might want to know why.

In Case You Missed It:  EVIDENCE: Covid plandemic was being schemed at least as far back as 9/11
Posted in Freedoms and tagged Freedom, US Citizen.

Cost of Illegal Immigration and Amnesty Could Be Higher

American taxpayers cannot afford the cost of amnesty. The cost of illegal immigration and amnesty could amount to $6.3 trillion,...