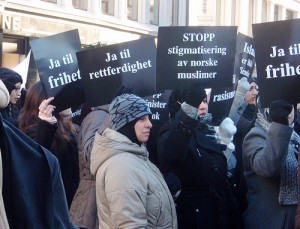 And what is the Norwegian government getting for all its money?

Nevertheless, according to figures from Statistics Norway (SSB) fewer and fewer start work or studies. Only half of the participants who completed the program in 2010 are doing something useful after two years of training in Norwegian, social studies and other subjects.

Why should they bother when a generous welfare state awaits?

It would have been cheaper to pay them to go home.

For comparison, the Ministry of Education’s budget this year of 55 billion ($9,574,565,000) before loan transactions. This means that the government has spent as much on getting 33 000 non-western immigrants into work or studies within six years as the state’s total spending on day care, school, education and research for the entire population of the state budget for 2013.”

In Case You Missed It:  The Second Amendment is the Inalienable Right from which All Other Rights Are Guaranteed
Posted in Financial, Freedoms, Terrorism and tagged Economy, Europe, Financial, Freedom, Immigration, Islam, Muslims, Norway, Terrorism.

"Sweden is the best Islamic State." — Adly Abu Hajar, Imam based in Malmö Hundreds of Muslim immigrants have rampaged...