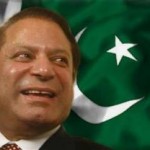 On 13 May 2013 Nawaz Sharif claimed electoral victory for his Pakistan Muslim League. Described by Sky News as a centre-right part based upon free market economics this obscures the stark reality. Sharif is a steel magnate who is no doubt is likely to pursue privatisation and deregulation to revive growth of a stagnant economy. Yet what about the stagnant society he has inherited? Indeed one which he helped to create? Sharif was prime minister twice during the 1990s but was ousted in a coup in 1999 by former army chief General Pervez Musharraf. He returned to Pakistan in 2007 after being exiled by Musharraf.

However when we look across the range of parties across the political spectrum is there actually much difference? In fact do they even set the agenda as civil society crumbles? While in terms of electoral success the fringe Islamist parties may not amount to much it was be grave error to write them off as insignificant. Since the inception of Pakistan it is those very forces which have set the tone for the type of society being created. While dismissing elections such as this may come across as rather negative it is important to remember that it is not democracy which has predominated but rather authoritarian tendencies that mitigate against it. With the collapse of civil society this has allowed those nefarious elements to quash any attempts at reviving it. Instead the ‘mainstream’ is dominated by an inflexible boa contractor which stifles all constructive debate. By its very nature it allows the rise of demagogues promising a utopia that can never be reached. While the innocent, powerless and impoverished millions suffer, it is the minorities that suffer the most.
In the latest US Department Report on Religious Freedom released the same month Sharif claimed democratic victory, Pakistan’s minority Ahmadi sect has become the target of rising sectarian violence, with its burial grounds, mosques, and homes coming under assault. The state has done little to protect them. Indeed it refuses them equal status as ‘Muslims’. Equal status? Are not all citizens of a democracy meant to be equal? Well they are not if they deviate from a strict theocratic state creed. While military dictator Zai-ul Haq declared that Ahmaddiya amounted to blasphemy, it was his predecessor (and murder victim) Zulfikar Ali Bhutto of the ‘secularist’ and socialist Pakistan People’s Party who caved into fundamentalists demands and declared Ahmadis as non-Muslims. For Christians and Hindus the situation is even more dire. Revd. Riaz Mubarak of St. Luke’s Church in Abbottabad, Pakistan, warns us all that as Mr. Nawaz Sharif is going to take oath for his Premiership ,the violence and persecutions will increase in general and specifically for Christian community in Pakistan. Democracy is empty without the democratic institutions and civil society that sustain it. Without those integral elements it becomes nothing more than state sanctioned mob rule and victory for lynch law.
British Pakistani Christian Association
In Case You Missed It:  RIGGED: Deep State FBI held ‘weekly’ meetings with Big Tech to defeat Donald Trump in 2020
Posted in Freedoms, Terrorism and tagged Hindus, holy war, Imran Khan, Islam, Islamic theocracy, Jihad, Pakistan, Taliban.

Texas Takes #1 Spot Among CEOs for States to do Business