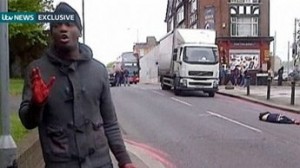 British Prime Minister David Cameron has reportedly decided on a new task force to stamp out Islamic extremism across the country.

According to the UK Daily Mail: “The Prime Minister wants to stop extremist clerics using schools, colleges, prisons and mosques to spread their ‘poison’ and is to head a new Tackling Extremism and Radicalisation Task Force (TERFOR) made up of senior Ministers, MI5, police and moderate religious leaders.”

The high-powered group will study a number of measures, including banning extremist clerics from being given public platforms to incite students, prisoners and other followers – and forcing mosque leaders to answer for ‘hate Imams’ (preachers).

It will also urge Muslim ‘whistleblowers’ to report clerics who act as terrorist apologists to the police.

The launch of TERFOR signals a major overhaul of the Government’s counter-terrorism strategy in the wake of the brutal murder of Drummer Rigby on Wednesday.

It was revealed that Woolwich suspect Michael Adebolajo was known to MI5 after being held over terror charges in Kenya and deported to the UK.

The Mail on Sunday has been told that Adebolajo was offered cash by MI5 to work for them – then sought legal help to ‘get them off his back’ after refusing to do so.

Cleric Omar Bakri described Adebolajo as a ‘hero’ for remaining at the murder scene.

Two-thirds of Britons backed a clampdown on Islamic hate Imams in a Mail on Sunday poll, which also found strong voter support for the way Mr Cameron reacted to the horrific incident.

How the Smartphone Killed the Three-Day Weekend

Memorial Day weekend marks the beginning of summer and all it evokes: vacations, slower workweeks, casual dress codes, getting the...