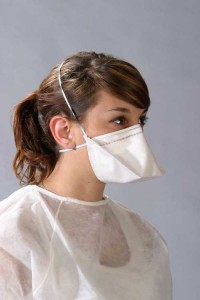 The world is unprepared for a massive virus outbreak, the deputy chief of the World Health Organisation warned on May 21, amid fears that H7N9 bird flu striking China could morph into a form that spreads easily among people. Keiji Fukuda told delegates at a WHO meeting that despite efforts since an outbreak of another form of avian influenza, H1N1, in 2009-10, far more contingency planning was essential.

“Even though work has been done since that time, the world is not ready for a large, severe outbreak,” Fukuda said. Rapid-reaction systems were crucial, given that health authorities’ efforts are already hampered by lack of knowledge about such diseases, he insisted.

“When people get hit with an emerging disease, you can’t just go to a book and know what to do,” he said. According to the latest official data, H7N9 avian influenza has infected 130 people in China, and killed 35, since it was found in humans for the first time in March.

It is one of a vast array of flu viruses carried by birds, the overwhelming majority of which pose little or no risk to humans.

Experts are struggling to understand how it spread to people, amid fears that it could adapt into a form that can be transmitted easily from human to human.

“Any new influenza virus that infects humans has the potential to become a global health threat,” WHO chief Margaret Chan told the meeting.

“This is a puzzling virus, surrounded by mystery,” she added.

China’s swift reaction to the outbreak, including shutting down poultry markets, has been widely praised.

Critics found fault with its handling of Severe Acute Respiratory Syndrome – which triggered a global scare in 2003 when it erupted in east Asia, leaping to humans from animal hosts and eventually killing some 800 people.

“After the SARS virus experience 10 years ago, the Chinese government invested heavily to upgrade capacity. We are reaping the benefit of that investment today,” said Chan.

China’s health minister, Li Bin, underlined that Beijing was coming to terms with the current outbreak but said concerns remained. “Since May, the number of new cases has decreased significantly,” Li said in Geneva.

“Prevention and control have been proven to be effective. However, due to our limited understanding of the virus and the disease, it is imperative to be vigilant, with contingency plans,” she added.

China is considered one of the countries at greater risk from bird flu because it is a top global poultry producer and many chickens in rural areas are kept close to humans.

The number of forms of flu is vast, given that the virus combines two proteins: one of 17 types of haemagglutinin, which provides the H, and any of 10 kinds of neuraminidase, which gives the N.

The more common strain of avian flu, H5N1, has killed more than 360 people globally since 2003, according WHO figures.

Fukuda noted that the far deadlier H7N9 struck in China around the same time as fears mounted elsewhere over the SARS-like novel coronavirus, of which there have been 40 laboratory confirmed cases, including 20 deaths.

While the virus has been deadliest in Saudi Arabia, which now counts 30 infections, half of them fatal, cases have also been reported in Jordan, Qatar, Germany, Britain and France.

“This is an unusual global situation,” Fukuda said, underlining that the two viruses were unrelated.

“We have not seen a comparable situation since 2003, when we had both the SARS virus emerge and then later the H5N1 virus reemerge,” he said.

Fukuda said that novel coronavirus was “more complex” to deal with than H7N9.

“There is even less information, even less understanding about what is the reservoir,” he said.

“We do not know which one is going to evolve and gain the characteristics that we don’t want it to gain,” he added.

Capitol Hill aides spent their Memorial Day weekend scanning hundreds of pages of documents related to the IRS scandal in order to prepare their...