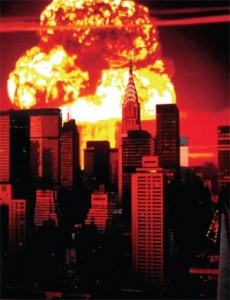 UPDATE: The source informed media sources hours after this story was posted that the Islamic regime ruling Iran is in preparation for a major cyber attack very soon on major U.S. facilities – to send a warning to the U.S. that the regime is capable of harming America’s infrastructure. It would be intended as a message to the Barack Obama administration that Iran’s nuclear rights must be accepted and sanctions relieved.

Ayatollah Ali Khamenei has given the green light to the guard commanders to publicly make statements attacking the U.S. and the current negotiations and the head of the IRGC, Mohammad Ali Jafari, is to make a major speech in this regard.

A senior Iranian Revolutionary Guard commander has warned America and Europe that al-Qaida operatives will soon attack them.

And a source in the Islamic regime’s Intelligence Ministry said that another terror team is about to enter the United States. Should the West not accept Iran’s rights to its nuclear program within six months, the terrorists will attack, he said.

The potential targets in the U.S. include high-voltage towers to create blackouts, cell towers, water supplies, public transportation and various buildings belonging to the Defense Department and military.

The source said six U.S. politicians who have promoted tougher measures against the regime are on the hit list, along with such targets as the Washington National Cathedral and Lincoln Memorial in D.C. and the Metropolitan Museum of Art in New York.

Two days of negotiations between Iran and the 5+1 countries (the five permanent members of the U.N. Security Council plus Germany) have just ended in Kazakhstan over Iran’s illicit nuclear program. The two parties agreed to meet again in March and April.

The source said an April deadline has been set for Iran to resolve issues over its nuclear program, one of which is to halt activity at Fordow and take concrete measures not to resume enrichment there. Iranian media are avoiding mentioning enrichment at Fordow in the wake of reports that explosions occurred there. The source said that proves explosions rocked Fordow and the West is now urging the regime not to restart enrichment at that site, which is deep underground and immune to conventional air strikes.

Read Reza Kahlili’s inside story of Iran, in “A Time to Betray.” Also look at the status of freedom in the repressive nation, in “A Cry From Iran: The Untold Story of Iranian Christian Martyrs.

Reported the Jan. 21 explosions at Fordow, which have now dramatically altered the terms of the dialog between the 5+1 and Iran. Subsequent WND reports said dozens of scientists and technicians were killed in the blasts, scores more were injured, and that radiation leaks are sickening rescue workers and security personnel.

According to Fars News Agency, a media outlet run by the Revolutionary Guards, the regime’s armed forces deputy chief of staff, Brig. Gen. Masoud Jazayeri, last Thursday stated that, “Al-Qaida groups and other services which operate for the interest of America will soon change the region of their operations and thereafter create new problems for America and Europe.”

Jazayeri warned that the operatives have technological resources to threaten America and that, “if the people of America and Europe do not confront the aggressive policies of their governments, they cannot then remain far from the possible future events (terror attacks).”

On Dec. 11 and Dec. 18 that Islamic regime terror teams are not only ready to attack France and Germany but also the U.S.

Iran has been training, arming and funding al-Qaida elements for years. The regime’s supreme leader, Ayatollah Ali Khamenei, and Quds Force commanders have held several meetings in Tehran with al-Qaida leaders in which a plan was devised to attack the West.

The source said that a six-member team, including an explosives specialist, is to join 10 Quds Force commanders who already have a cell of 50 terrorists in the U.S. Collaboration with al-Qaida serves Iranian leaders well, the source added, as al-Qaida attacks will not leave behind a link to Tehran.

This information has been shared with U.S. intelligence agencies, which have followed suspected terrorists through three countries so far. The source is working with U.S. authorities to verify the information, though it has yet to be validated.

While Israel and the West have set their eyes on covert operations and increased sanctions to pressure the regime into ending its illicit nuclear program, the regime has its eyes on completing its nuclear bomb program by overcoming the last obstacle of arming its ballistic missiles with nuclear warheads, according to the source.

The plan is, the source said, that if in the next six months America does not accept Iran’s nuclear program and does not ease sanctions or a military confrontation occurs, the terrorist assets have been ordered to carry out their missions. The regime feels it must act by then because current sanctions, which have already had a serious effect on Iran’s economy, could spark civil riots.

The International Atomic Energy Agency indicated in its Feb. 21 report that not only has Iran refused to allow inspection of several suspected nuclear sites but also has begun installing new-generation centrifuges at Natanz, which currently has 10,000 centrifuges enriching uranium. It said the regime’s Arak heavy-water plant is set to become operational by 2014, which would provide Iran with a second path to nuclear weapons by providing it with the needed plutonium for bombs.

The IRS, Obamacare, and You: The Complexity

The many federal bureaucrats working on Obamacare implementation within the IRS stand at the center of an intricate web of...