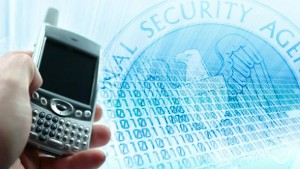 It applies to all calls made domestically and between a domestic U.S. location and anywhere else in the world.

The information is then provided to the Defense Department’s National Security Agency, based at Fort Meade in Maryland. The agency was originally devoted exclusively to collecting and analyzing sometimes-encrypted foreign-communications intelligence, but since the Sept. 11, 2001, terrorist attacks has focused more and more on domestic spying.

It does not require Verizon to divulge phone numbers or communication contents.

But its collection would let the NSA easily build a complete picture of who, where, when and how individuals contact each other, The Guardian said.

The order, as published by The Guardian, can be found at tinyurl.com/FBI-NSA-Verizon-Spying.

The court order shows for the first time the Obama administration is indiscriminately collecting the communication records of millions of U.S. citizens, regardless of whether they are suspected of wrongdoing, The Guardian said.

The blanket program gives Washington unlimited authority to get phone-call data for three months, ending July 19. It was approved by the surveillance court April 25.

Because of the presumably sensitive FISC nature, it is a “secret court” whose hearings are closed to the public. Court-proceeding records are also generally secret, although some redacted records have been made public.

The April 25 order was signed by Judge Roger Vinson in one of his last acts on the FISC bench. Vinson, a senior U.S. District Court judge for the Northern District of Florida, completed his seven-year FISC term May 18.

The order’s blanket nature is also unusual, The Guardian said.

The court’s orders usually target specific people named by the FBI as being suspected agents of a terrorist group or foreign state. The orders sometimes also name a limited set of separately named targets.

It is not known if Verizon is the only cellphone network operator ordered to provide the information, although The Guardian says earlier reporting suggests the NSA has collected call records from all major U.S. cellphone networks.

It is also unclear from the warrant if the three-month court order is a one-time-only command or the latest in a series of similar orders.

The Guardian said it approached the NSA, the Justice Department, which oversees the FBI, and the White House for comment in advance of publication.

The newspaper said it also gave the agencies a chance to raise specific security concerns that prompted the FBI’s court-order request.

The order expressly bars Verizon from publicly disclosing either the existence of the FBI’s request or the court order itself.