Analysis: This week, the House will take up its annual authorization of the Department of Defense. This bill will lay out the programs and policies for the department for the 2014 fiscal year that Congress will later fund through the appropriations process. The Heritage Foundation lists the top 10 items Congress needs to include in the bill here. 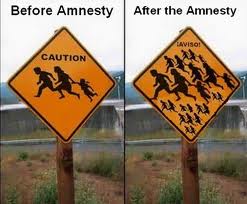 Analysis: This week, the Senate will begin extensive debate on the Gang of Eight’s comprehensive immigration reform bill. The bill would almost immediately grant amnesty to individuals who entered the country illegally, allowing them to live and work in the United States. As a result, they would jump to the head of the line, in front of millions who are waiting to enter the country legally. Heritage Foundation analyst Robert Rector estimates the long-term cost of this legislation would be in the trillions.

Suicide of Europe. "Paris museum opens exhibit of Palestinian 'martyrs,'" from the Jerusalem Post, June 8 (thanks to Golem): A...