Suicide of Europe. “Paris museum opens exhibit of Palestinian ‘martyrs,'” from the Jerusalem Post, June 8 (thanks to Golem): 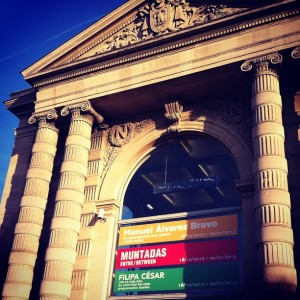 A Paris museum subsidized by the French government opened an exhibition of photos of Palestinian suicide bombers, which the museum calls freedom fighters.

The exhibition of 68 photos entitled “Death” by Ahlam Shibli opened on May 28 at the Jeu de Paume museum of contemporary art in Paris.

The museum’s website describes suicide bombers as “those who lost their lives fighting against the occupation,” and the exhibition as being about “the efforts of Palestinian society to preserve their presence.” 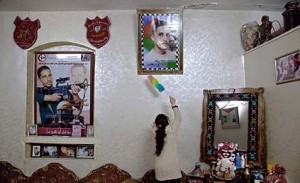 According to CRIF, the umbrella body of French Jewish communities, the people commemorated in the photos are “mostly from the [Fatah-affiliated] al-Aqsa Martyrs’ Brigades, the Izz ad-Din al-Qassam Brigades [of Hamas] and the Popular Front for the Liberation of Palestine.” All three are designated by the European Union as terrorist groups.

One of the photos is of Osama Buchkar, a PFLP operative who killed three people and wounded 59 in a terrorist attack he carried out at an open market in Netanya on May 19, 2002. The caption to his picture says he “committed a martyr mission in Netanya.”

In a letter Wednesday to France’s Culture and Communications Minister, Aurélie Filipetti, CRIF President Roger Cukierman said that it was “particularly lamentable and unacceptable that such a display should justify terrorism from the heart of Paris.

Archbishop: Wake Up! Religious Liberty at Risk in USA

(CNSNews.com) - Roman Catholic Archbishop Charles J. Chaput is calling on Americans to wake up and recognize that the Founding...