The recent findings by the IAEA of uranium enrichment at the Iranian nuclear site at Natanz should be a big wake up call to the West that Iran has been using the Iran Deal as a cover to continue running an illicit, undercover and illegal nuclear program, alongside a top secret ICBM program, designed furtively to produce nuclear capabilities and technology that would make Iran an extremely dangerous and messianic world power.

The West must beware the so called Moderate  Cleric Hassan Rouhani, as he is in fact an Arch Conservative Ally of the barbaric and savage Mullah and Islamic Regime of Ayatollah Khamenei. Hassan Rouhani is the puppet of #Khamenei – #Rouhani is a dyed-in-the-wool Khomeinist & part of the consensus on Iranian nuclear energy, a code word for nuclear weapons,


The latest pronouncements by both Ayatollah  Khamenei and President Rouhani that Iran will never build Nukes and its UnIslamic to have Nuclear Weapons are just polished lies to trick and con the world again.  Pakistan is Islamic and they have 16 Nukes #Iran are lying through their back teeth. We are the Fall Guys under Obama.  The Islamic Taquiyya Law says it is permitted to lie to deceive the Infidels. If neither the West or Israel intervenes militarily very,very soon,  the Free World will wake up one morning in the not too distant future, to the horrible news that Iran has successfully detonated a Nuclear Device, and are now in possession of Three or Four Nukes, from which they could nuke Israel or indeed Britain and the USA with their newly developed Inter Continental Ballistic Missiles. If that horrendous scenario comes true, God forbid, no doubt we will behold the unedifying sight of weakling  Iran Deal appeasers like the gutless EU uttering mock outrage and umbrage that ” Iran have lied to us “. Hollow and dishonest words won’t fill the gap of a Nuclear Armed Iran ready to annihilate Israel and America, and hold the rest of the Free World to Nuclear Blackmail. Neither would Israel’s leaders be exonerated from their shameful inability and unwillingness to interdict the Iranian Nuclear Express Train, if that Shoah Holocaust Nightmare comes true.

Iran’s nuke policy will continue to be set by #Khameneii, not #u. Foreign policy will still be driven by Khamenei’s belief in 12th Imam. In fact it is a devious and cunning  attempt to pull the wool over the West’s eyes so Iran goes Nuclear, and develops their Islamic Atomic Bombs, from which they will blackmail and threaten the Free World, and put in place an Iranian Safavid Hegemony of the Middle East, with aspirations to spread their evil terrorist tentacles around the globe.

Rouhani is neither Moderate or Progressive. He has been very close to Khamenei for many years. Rouhani is a typical IslamoFascist. 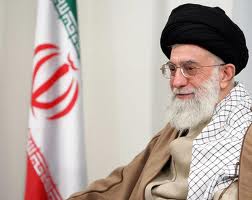 #Rouhani  impious mission is to deceive the US over #Iran’s nuclear program. Same thing #Rouhani  did and bragged about as Mullahs’ nuclear negotiator. This Mullah is not to be trusted as he is slyly presenting the Acceptable Face of the Islamic Regime to the Democratic West, in an underhand ploy to buy more precious time for the Mullah Regime to construct and arm their Nuclear Arsenal, to make the Safavid Project of the Shia Muslims, the dominant force in the Middle East. #Rouhani, like all 7 hand picked candidates, was vetted & approved by the Supreme Leader Ayatollah Khamenei, nothing has changed, and the West must not be lured into thinking they can play ball with the Devil’s latest Trojan Horse President of Iran. 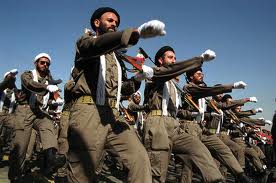 Rohani is a smooth-talking diplomat who some consider a moderate because he agreed to a temporary suspension of nuclear enrichment activity when he was Iran’s nuclear negotiator between 2003 and 2005. However, he’s still a part of the Islamist establishment in Iran and has received the endorsement of former president Akbar Hashemi Rafsanjani. In 2001, Rfsanjani openly mused that the “application of an atomic bomb would not leave anything in Israel, but the same thing would just produce damages in the Muslim world.

National Labor Relations Board Smacked Down in Court Once Again

This week, a federal appellate court struck down the National Labor Relations Board’s (NLRB) “poster rule,” finding that the agency...