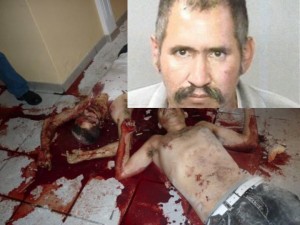 The confessed killer, Jose Manuel Martinez, is originally from Mexico but has legal status in the U.S. according to Fox News Latino. He was arrested in Arizona but later extradited to Alabama for his crimes there.

U.S. law enforcement has confirmed 11 of the murders on U.S. soil that were carried out for an unidentified Mexican cartel.

“Everything he’s telling us has checked out. He knows all the details. He’s spot-on with the specifics of a crime,” Capt. Tim McWhorter of the Lawrence County Sheriff’s Department told Alabama’s local TimesDaily.com.

The revelations from this case come after multiple corpses were discovered buried in Oregon which are believed to be related to what authorities there called “an unprecedented level of Mexican cartel presence” in an exclusive interview.

It was reported on multiple recent arrests, indictments, or sentences given to Mexican nationals who were leading large narcotics operations in the U.S., purportedly for entities in their home nation.

It was also revealed the arrest of an operative for a large international narcotics ring based in Guatemala in Alabama. The operative was caught with over $1,000,000 in U.S. currency.

An exclusive interview between the U.S. Attorney’s office  earlier this month also revealed that Mexican cartels are sending their own people to oversee operations in the U.S. state of Washington. One case there involved a Mexican national operating a front company to launder Mexican cartel profits. The case revealed that the cartel-associated effort was purchasing U.S. manufactured narcotics to sell on U.S. soil.

Chart of the Week: This Farm Bill 56 Percent More Costly Than Last

The House is expected to take up its farm bill this week. As it does, legislators should bear in mind...