Much of the cultural and economic decay facing America can be traced to the more than 50 million abortions performed since the 1972 Roe v. Wade decision, Rush Limbaugh says. 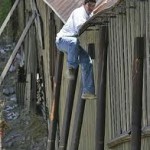 And the current push for legal status for illegal immigrants is a result of needing to replace the aborted, Limbaugh said.

But beyond that, abortion has had a role in destroying society, Limbaugh said.

Most people see abortion simply as a woman’s right to choose, he said, but the impact has been much wider. “It’s had an impact on crime. It’s had a profound impact on our politics. It is at the root of our cultural rot and decay.”

Limbaugh said no one wants to accept responsibility for his or her actions anymore. “And I’m not talking about the women,” he said. “I’m talking the overall effect of a society having literally no problem with eliminating 52 million of its citizens. That can’t be good.”

“I think it is the cause of so much that seems to be inexplicable to people,” he said. “Why are 10-year-olds shooting each other to death in Chicago? Why is our society so permissive, anything goes, the more ribald, the better? The more honorable, the more boring it is said to be.
“

In Case You Missed It:  CDC just warned that 15,000 Americans will die EACH WEEK by Christmas; but it's actually VACCINE DEATHS that are accelerating just as independent doctors told us all along
Posted in Freedoms and tagged Illegal Immigration, Immigration.

Sweden Now Rape Capital of the World Due to Islamic Immigration

Thanks to the staggering rise of Muslim immigrants, sexual assaults have increased 500% in the Scandinavian country. Is this how...