At a reception last week for Lesbian, Gay, Bisexual and Transgender Pride Month, President Obama reiterated his support for the redefinition of marriage, claiming inspiration from the Declaration of Independence:

And it’s something that can be traced back to our Declaration of Independence—the fundamental principle that all of us are created equal. And as I said in my Inaugural Address, if we truly are created equal, then surely the love we commit to one another must be equal as well. 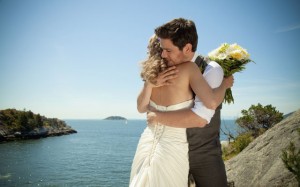 “The love we commit to one another,” as such, is none of the government’s business. The government isn’t in the business of affirming our loves. Rather, it leaves consenting adults free to live and love as they choose.

And consenting adults are free to do so. Contrary to what some say, there is no ban on same-sex relationships. Nothing about them is illegal. In all 50 states, two people of the same sex may choose to live together, choose to join a religious community that blesses their relationship, and choose a workplace offering joint benefits.

What’s at issue is whether the Supreme Court will redefine marriage—and then force every citizen, religious institution, and business to treat same-sex relationships as if they are marriages. At issue is whether the government will trample the real civil rights of Americans (such as religious liberty) as it coerces and compels them to recognize and affirm same-sex relationships as marriages.

While respecting everyone’s civil rights, government rightly recognizes, protects, and promotes marriage between a man and a woman as the ideal institution for procreative love, childbearing, and child-rearing. Recognizing that we are all created equal doesn’t challenge this historical understanding.

Whatever any individual American thinks about marriage, the courts shouldn’t redefine it. Marriage policy should be worked out through the democratic process, not dictated by unelected judges in an activist decision that has no grounding in the text or logic of our Constitution. When it decides the Proposition 8 and Defense of Marriage Act cases, the Supreme Court should uphold the freedom of the American people and their elected representatives to make marriage policy.

For more answers to frequently asked questions in the marriage debate, download a copy of “What You Need to Know about Marriage,” an e-book available at TheMarriageFacts.com.

Abortion at Root of Much of America’s Ills

Much of the cultural and economic decay facing America can be traced to the more than 50 million abortions performed...