There is information that 100 surface-to-air missiles were available to Middle East terrorists about one year before the downing of TWA flight 800. Bill Clinton was president on that fateful night, TWA Flight 800, with 230 people on board, exploded just 10 miles off the coast of Long Island. FAA air traffic controllers saw an unknown object “merge” with the doomed 747 seconds before it exploded and rushed the tape to the White House. 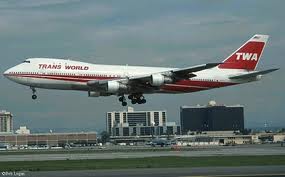 Hundreds of people saw what the controllers did from the ground. FBI witness No. 73, an aviation buff, watched a “red streak” with a “light gray smoke trail” move up toward the airliner, and then go “past the right side and above the aircraft before arcking [sic] back down toward the aircrafts [sic] right wing.” She even reported the actual breakup sequence before the authorities figured it out on their own.

A new film claims the official government report on the crash of TWA Flight 800 in 1996 is an elaborate fabrication, but the most shocking part of the story is that charges are being leveled by some of the very investigators who put the report together. Six experts who appear in the film were members of the National Transportation Safety Board investigation team that concluded the crash was an accident, but they now claim they were silenced by their superiors. The movies, “TWA Flight 800” will debut on EPIX TV next month, on the 17-year anniversary of the crash.

TWA Flight 800 was en route from JFK Airport in New York to Paris, France, when it exploded and crashed off the coast of Long Island, killing all 230 people on board. From the very beginning, there were some who speculated that the plane was the victim of a terrorist attack, leading the FBI to conduct its own criminal investigation. Among the possibilities that were suggested as the cause were a bomb in the cargo hold, or an anti-aircraft missile. Several witnesses even claimed they saw an object or streak of light that looked liked a missile or rocket moving toward the plane before it exploded.

The final NTSB reported said that faulty wiring connected to a central fuel tank caused a blast that destroyed the fuesalage, however, there were still many skeptics and conspiracy theorists who have long doubted that official story. In one particularly famous example, Pierre Salinger, a former Press Secretary for President John Kennedy and reporter for ABC News, claimed he’d seen proof that the U.S. Navy shot down the plane and then covered it up.

Now, those theories are likely to get a new airing, thanks to accident investigators who worked on the TWA 800 case, but say they were not allowed to speak up at the time of the official report. The experts include NTSB and TWA accident investigators, who say they are only able to speak up now that they are retired. According their statements in the film, they believe the official explanation is wrong and the damage was caused by an explosion that came from outside the plane.

The filmmakers won’t speculate on what could have caused such an explosion, and haven’t yet offered up evidence to support their theory (you’ll have to watch on July 17), but they are asking the NTSB to re-open the investigation. Whether or not that happens, or even if a follow-up reaches the same conclusions as the original, this new film will ensure that the alternate theories and claims up a cover will probably never be put to rest.

In Case You Missed It:  Americans are SKIPPING MEALS because they can't afford food as Biden's food inflation fiasco gets even worse
Posted in Freedoms and tagged Clinton, Freedom, Terrorism, United Socialist States of America.

Obama in Berlin: No Ronald Reagan