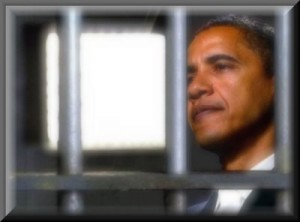 World leaders are thumbing their noses at the corrupt Obama administration this weekend. Countries typically bend over backward to please the mighty USA and remain on good terms. This week they have thumbed their noses at Obama., unlike Switzerland who changed their own banking laws to please the USA and help the USA track down American tax evaders just years ago.

Yesterday the Hong Kong government announced Sunday afternoon that it had allowed the departure from its territory of Edward J. Snowden after the USA sent over an extradition request, and Obama administration demanded that Hong Kong extradite Snowden immediately on Saturday and warned Hong Kong against delaying Snowden’s extradition. They ignored Obama’s request.

Not only did Hong Kong can refuse the US extradition request, China has urged the Obama administration to provide explanations following the disclosures of National Security Agency programs which collect millions of telephone records and track foreign internet activity and on US citizens, thus making the Obama administration appear more like a Stalinist state than that of a free country.

Numerous countries have come to Snowdens aid, Russia is allowing him to transfer in Moscow to a third country, all these countries aiding him to evade the Obama administration.  Obama is all so trying to make an example of Snowden to further his Stalinist agenda of breaching freedoms of American citizens and it foes abroad.

Nancy Pelosi too taking a hit for agreeing with Obama’s Stalinist policies,  she was booed during a speech this weekend when she said former government contractor Edward Snowden broke the law by leaking classified documents on National Security Agency (NSA) surveillance programs.

To make matter even worse for Obama, a we the people petition titled “Pardon Edward Snowden” reached the requisite 100,000 signatures Saturday morning on the Whitehouse website.  By the Obama administration’s own rules, any petition that reaches that threshold will receive a formal response from the White House, though there’s no formal timetable for the official comment.

Things are getting so bad for Obama he has been called a war criminal in Irish Parliament, watch the video below. Has the world had enough of Obama and his corruption, will the American people finally push for congress to investigate his many crimes?  Have you had enough?

While the James Gandolfini  whom played an Italian-American mob boss passed away this week, a real mob boss occupies the Whitehouse right now, destroying the right of citizens, taking away their freedoms through citizens spy programs and while using American military and taxpayer dollars to radicalize the middle east into an Islamic terrorist state.

Just over a decade ago Al Queda murdered around 3,000 American citizens on american soil, today Obama is funding and supporting that very group in Syria. Have we lost our minds?

The shooting at the gurdwara (temple) in Oak Creek, Wisconsin on 5 August 2012, brought to the fore how vulnerable...