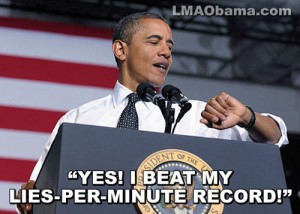 There is a turning point in every presidency that people point back to and say, you know, nothing was ever the same after that. Sometimes it is the point where presidents go on to greatness. Sometimes, it is when a presidency unravels.

For Jimmy Carter, it was when a group of students seized the American Embassy and took more than 100 American diplomats hostage in November 1979. Carter could do nothing right after that. His attempt to rescue the hostages was a pathetic, feeble total failure. During the oil crisis Carter went around the White House in a cardigan sweater turning down the thermostat and turning out the lights, while the American people endured gas rationing and long lines at the pumps because some third-rate petro powers decided to punish us.

America was humbled and humiliated, and Jimmy Carter was the poster child.

Edward Snowden is Obama’s turning point. While Obama was at the Brandenburg Gate delivering a speech to a mere 4,000 Germans, part-time computer programmer Edward Snowden made off with some of the classified US intelligence documents exposing Obama regime as a Stalinist spy state against American citizens.

Snowden quickly leaked the goods to the Washington Post and Britain’s Guardian newspapers, and began a hide-and-seek game that has taken him to Hong Kong and Russia so far, and perhaps to Cuba and Ecuador next. The information Snowden released is something the American people need to know. Whistle-blowers and patriots don’t normally go to these countries, but Snowden has no choice as the Obama administration is waging a war on whistleblowers and has institutionalized the power to indefinitely detain and assassinate American citizens. Snowden has few choices but the route he choose.

After Snowden arrived in Hong Kong, the Chinese government claimed the US was hacking into text messages on Chinese cellphones. That was music to their ears, since the single most contentious issue between the US and China today is cyberhacking. I was in China last month and met with the vice foreign minister. He bristled when I asked him about China’s cyberspying and cybertheft and claimed China was the victim of US cyberattacks. Now he’s got Snowden’s “proof” to back up that claim.

China might have been content to let Snowden stay in Hong Kong, but the minute the US charged him with espionage and asked China to extradite him home, they sent him packing to Moscow. Their excuse? The US didn’t fill out the paperwork request properly.

So, off to Moscow! The Russians claim to have had no advance notice of Mr. Snowden’s arrival, which is hard to believe since Russia imposes a complicated visa process on anyone hoping to visit, even if they only touch down in transit. They’ve also refused Obama’s extradition request, saying it’s none of Moscow’s business. Putin is thumbing his nose at the Obama regime.

Two of the world’s most powerful countries have just humiliated Obama and he has offered lame excuses that rank right up there with “the dog ate my homework.” An NSC spokeswoman said the US had registered strong objections to Chinese and Russian authorities. Too bad they don’t care. Even worse, we aren’t likely to do anything about it.

And President Obama is strangely silent, or busy making speeches about climate change.

Some of us have been warning for years that “leading from behind” will have grave consequences. Now we have demonstrable evidence that if you try to lead from behind, eventually the guys up front will stop looking back for instructions

In Case You Missed It:  Democrats Come Out Against COVID Vaccine Mandates for Illegal Migrants
Posted in Freedoms, Tyranny and tagged China, Freedom, Obama, Russia, United Socialist States of America.

POLITICO: Obama Must Use ‘Fear’

Despite mounting evidence of the federal government's abuse of power, Politico's analysts have decided that the cure for Obama's second-term...