Nobody likes high gas prices — or taxes — and Californians are about to get hit with both when a 3.5-cent increase in the state gasoline tax kicks in Monday. 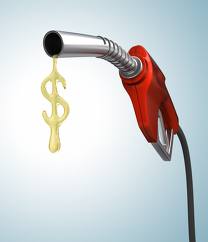 That will give the Golden State the highest gas tax in the nation — nearly 72 cents a gallon.

The increase was approved by the five-member state Board of Equalization in February under a complicated “gas tax swap” that eliminated most sales taxes on fuel purchases in favor of a higher excise tax.

“A tax increase without the usual 67 percent supermajority vote? The anti-tax crowd must be having kittens,” said motorist Diane Berger, of San Jose, who owns an electric Chevy Volt and says she seldom even looks at prices at the pump.

The Legislature gave the tax board the authority to raise the excise tax by a simple majority vote. If a tax had gone before voters as a special tax, it would have needed a two-thirds majority.

The average tax on a gallon of gas is 49 cents nationwide. New York has the second-highest with 68.9 cents, according to the American Petroleum Institute,

Board of Equalization member George Runner voted against the tax hike, saying taxpayers have a right to be angry.

“Most of the July 1 increase is based on uncertain projections of future gas prices,” he said in a news release. “I don’t think we should be in the business of raising taxes based on guesswork.”

Taxable sales of gas in California have fallen from 15.9 billion gallons in 2006 to 14.6 billion gallons last year, a result of the recession and vehicles that get better mileage. That translated to a $157 million shortfall in revenue last year.

And consumption of gas was down nearly 53 million gallons in the first two months of 2013, about a 2 percent decrease.

Gasoline tax increases are highly unpopular with voters. How will they respond?

“How drivers react to an increase in the excise tax largely will depend on what is happening to gasoline prices overall,” said John Goodwin of the Metropolitan Transportation Commission. “If crude oil prices are driving gas prices higher, then a 3.5-cents-a-gallon boost will compound the pain. If the excise tax increase kicks in at a time that crude prices are falling and pulling down pump prices with them, the tax hike could be invisible.”

California drivers are paying an average of $4.03 a gallon, up 23 cents from a year ago.

“The state budget deal of 2010 was essentially revenue neutral for taxpayers and of no added value to commuters,” said Carl Guardino, CEO of the Silicon Valley Leadership

Group and vice chair of the state Transportation Commission. “At some point soon, California needs to make a real investment in our transportation systems, ranging from local street and road repairs to serious expansions of roads and rail. Gridlock does not keep the Golden State moving.”

A person who drives 15,000 miles a year at 20 mpg would pay an extra $26.25 per year in gas taxes. A typical annual fuel bill runs about $479 in taxes, according to the board of equalization.

For Christina Wise, who commutes from Boulder Creek to Cupertino, an extra 3.5 cents a gallon adds up.

“Some of the alternate commute options, like taking a bus or train or bike to and from work, aren’t feasible for a working mom of two kids,” she said. “All it does is set us back further financially.”

5 Immigration Questions for Members of Congress

It’s July 4 week, which means Members of Congress are at home in their districts. As you head to your...