It’s July 4 week, which means Members of Congress are at home in their districts. As you head to your nearest town hall meeting, take these questions for your Representative. Below, we also provide the real answers you should be listening for.

1. Since the Senate-passed bill doesn’t require the flow of illegal immigrants to stop, how can you say this approach secures the border? 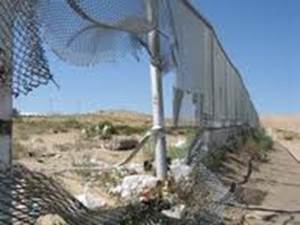 No one can make that promise. The Senate bill, S.744, throws tens of billions of dollars at the problem and calls for meeting arbitrary security standards, but it doesn’t guarantee that illegal immigration will stop.

Also, many of the bill’s “requirements,” such as 700 miles of border fencing and new border patrol agents, would not commence immediately but over time. As with current immigration laws, some provisions would end up being ignored or waived.

S.744 contains no guarantee that the government would keep its promises of more security and enforcement. Even if it did, it wouldn’t even come close to stopping illegal immigration. We’d revisit this debate again within 20 years.

2. The Senate-passed bill requires the U.S. government to manage many more visas, even though it doesn’t do a good job with today’s smaller work load. So how does this “fix” our legal immigration system?

It doesn’t. The bill makes some changes to various types of visas but does little to fix the broken bureaucracy in charge of the legal immigration system. Without significant changes, new requirements and more responsibilities would only make the system worse.

S.744 does away with some flawed visa programs, such as the “diversity” lottery. It creates a merit-based program and adds work-based visas. Although these are steps in the right direction, the devil is in the details. For example, the bill would make the H-1B visa program unworkable by creating expensive restrictions and costs.

3. The Senate-passed bill puts the federal government in charge of enforcing immigration laws, even though state and local governments want to help and would be good partners. Is this federal focus the right approach?

A million local and state law enforcement officers are ready and willing to help enforce federal immigration law. These officers know their communities best and are already in place. By partnering through programs such as 287(g), state and local authorities can help. Sadly, S.744 ignores them.

4. Since the Senate-passed bill would add huge costs and likely depress wages for many current Americans, is it really good for the citizens you’re supposed to represent?

The fact is, this approach costs too much, and hurts current citizens. The bill is loaded with wasteful pork and kickbacks, such as $1.5 billion for a mini-stimulus “jobs for youth” program. What’s more, the bill would harm the nation’s long-term fiscal health. After amnesty, illegal immigrants on average would receive more in government benefits, such as welfare and entitlements, than they pay in taxes. The total cost of amnesty to taxpayers could be $6.3 trillion or more.

Finally, the bill would lower the wages of current citizens as they compete for jobs with illegal immigrants who get amnesty. By introducing millions of newly legalized workers to the market, the bill would drive down wages.

5. In 1986, when Congress last passed amnesty, the sponsors said it was a “one-time” thing. The Senate-passed bill follows the same “amnesty first, security and enforcement later” approach. Why are we doing that again?

Some have argued that S.744 is not amnesty, but this is simply double-talk. Senator Marco Rubio (R-FL), when running for office in 2010, said “an earned path to citizenship is basically code for amnesty.” He was right.

S.744 allows illegal immigrants, including many criminal aliens, to remain here legally and even become citizens. It rewards those who broke the law, even as millions legally wait in line. This is amnesty, and this is unfair.

I am not sure when the people of Egypt became more worldly than the people here in America but it...