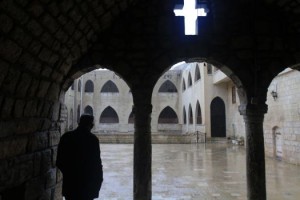 Syrian Christians are asking why Obama supports extremists who want to turn Syria into an Islamic state.

That testimony came during a congressional hearing on Syria’s religious minorities Tuesday.

In an opening statement at Tuesday’s hearing, Smith said statistics show “that Christians are even more fearful for their lives and safety than other segments of the Syrian population.”

Christian Solidarity International CEO Dr. John Eibner, who also testified at the hearing, said displaced Christians are asking him, “Why is the U.S. at war against us?”

Eibner told the panel he recently returned from a trip to Syria where he met with “many resilient and courageous Syrians, mainly displaced Christians and church workers.” 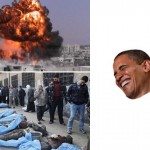 “Victims recounted to me the religious cleansing of Christian neighborhoods in Homs and Qusair by armed jihadists who threatened them with death if they did not leave their homes,” he said.

“A Christian woman told me that before she fled Homs, she had seen the beheading in broad daylight of an Alawite girl who was pulled off a public minibus by armed jihadist,” he said.

Eibner said the United States should work with Russia to negotiate a peace rather than help Sunni Muslims turn the country into an Islamic state.

In Case You Missed It:  They’re On the Other Side: GOP Totally Ignores AZ Forensic Audit that Found State of Arizona NEVER Should Have Been Certified
Posted in Terrorism, Tyranny and tagged hate crime, Islam, Obama, Russia, Syria, Terrorism, United Socialist States of America.