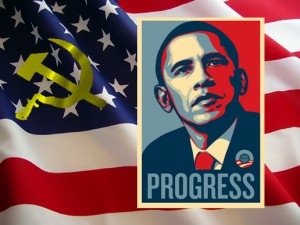 America controls the sky. Fear of what America might do can make countries divert planes – all because Edward Snowden might be on one.

Owning the sky has somehow got to me more than controlling theinternet. Maybe because I am a simpleton and sometimes can only process what I can see – the actual sky, rather than invisible cyberspace in which data blips through fibre-optic cables.

Thus the everyday internet remains opaque to all but geeks. And that’s where I think I have got it wrong. My first reaction to the Prism leaks was to make stupid jokes: Spies spy? Who knew? The fact that Snowden looked as if he came from central casting didn’t help. Nor did the involvement of Julian Assange, a cult leader who should be in Sweden instead of a cupboard in an embassy.

What I failed to grasp, though, was quite how much I had already surrendered my liberty, not just personally but my political ideals about what liberty means. I simply took for granted that everyone can see everything and laughed at the idea that Obama will be looking at my pictures of a cat dressed as a lobster. I was resigned to the fact that some random FBI merchant will wonder at the inane and profane nature of my drunken tweets.

Slowly but surely, The Lives of Others have become ours. CCTV cameras everywhere watch us, so we no longer watch out for each other. Public space is controlled. Of course, much CCTV footage is never seen and often useless. But we don’t need the panopticon once we have built one in our own minds. We are all suspects.

Or at least consumers. iTunes thinks I might like Bowie; Amazon thinks I want a compact tumble dryer. Really? Facebook seems to think I want to date men in uniform. I revel in the fact that the algorithms get it as wrong as the man who knocks on my door selling fish out of a van. “And not just fish,” as he sometimes says mysteriously.

But how did I come to accept that all this data gathered about me is just the way it is? Wasn’t I once interested in civil liberties? Indeed, weren’t the Lib Dems? Didn’t freedom somehow incorporate the idea of individual privacy? When the state monitored all its citizens as though they were suspects – whether in East Germany or North Korea – we called it authoritarianism. Now we think it is what keeps us safe.

In 2009 I sat on a panel with Vince Cable at the cross-party Convention on Modern Liberty. Cable told us that a recession could provide the preconditions for fascism. Gosh, I thought, that’s a bit strong. Then the recession hit and austerity became the narrative that subsumed all debates about freedom. No one poor is free, and it is no coincidence that the poor are the most snooped on of all.

What Snowden, who is no spy, has revealed is the nature of the game: that surveillance is a huge private industry; that almost full control of the internet has been achieved already; that politicians here and in the US have totally acquiesced to industrial-scale snooping. There is a generation now made up of people who will never have had a private conversation online or by phone. These are my children. And should they or anyone else want to organise against the powers that be, they will be traceable. We have sleepwalked into this because liberty remains such an alien concept, still. But the US has the fourth amendment: “The right of the people to be secure in their persons, houses, papers, and effects, against unreasonable searches and seizure, shall not be violated.”

It has been violated. Bradley Manning is in prison, Guantánamo remains open, CIA agents who spoke out about waterboarding are banged up. And there are other kinds of whistleblowers who conveniently kill themselves. The letter from Daniel Somers, who served in Iraq, says he was made to do things he could not live with. He described his suicide as a mercy killing and reminded us that 22 veterans kill themselves every day. This is not whistleblowing. It is screaming into a void.

But we remain passive while other European countries are angry at what Snowden has told us. We maintain the special relationship. For Snowden, the truth will not set him free, it will imprison him for ever. We now debate whether we should exchange liberty for security, but it is too late. As John Locke said: “As soon as men decide all means are permitted to fight an evil, then their good becomes indistinguishable from the evil they set out to destroy.” He could have been talking about our passivity.

When did you surrender your freedom to communicate, something that was yours and yours alone, whether an email to a lover or a picture of your child? Ask yourself, do you feel safer now you know that you have no secrets? Now, the intimacies that are of no import to anyone but you have been subject to virtual extraordinary rendition. Because, fundamentally, your government does not trust you. Why therefore should you trust it?

STOP using Google and Facebook if you fear US spying, says Germany

If you are worried about the US spying on you, you need to stop using Google and Facebook, Germany's top...