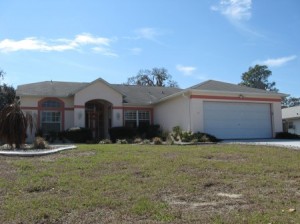 Starts (NHSPSTOT) of new U.S. homes unexpectedly fell in June to the lowest level in almost a year, indicating a pause in the industry’s progress.

Work began on 836,000 houses at an annualized rate last month, the least since August 2012 and down 9.9 percent from a revised 928,000 pace in May, figures from the Commerce Department showed today in Washington. The reading was weaker than projected by any economist in a Bloomberg survey, and permits for future projects also declined.

The decline was led by a slump in multifamily projects, which can be volatile, and the level of permits remained higher than starts, which may point to a rebound this month. A limited supply of land is also a hurdle for housing, even as near record-low mortgage rates and improving job opportunities draw buyers.

“As construction ramps up, we’re bound to have some hiccups along the way,” said Guy Lebas, chief fixed-income strategist at Janney Montgomery Scott LLC in Philadelphia. Having called for 915,000 starts, Lebas had the lowest estimate in the Bloomberg Survey. “ I don’t think this one data point is immediately concerning. The housing markets are going to be a driver of economic growth.”

Federal Reserve Chairman Ben S. Bernanke today said the central bank’s $85 billion in month asset purchases geared toward spurring growth “are by no means on a preset course” and could be reduced or expanded as economic conditions warrant.

The 59-year-old Fed chairman also said in prepared testimony before the House Financial Services Committee that if a jump in interest rates were deemed large enough to hurt the recovery, then “the current pace of purchases could be maintained for longer.”

Stock-index futures climbed after Bernanke’s comments. The contract on the Standard & Poor’s 500 Index expiring in September rose 0.3 percent to 1,676.5 at 9:02 a.m. in New York. They yield on the benchmark 10-year Treasury note dropped to 2.49 percent from 2.53 percent late yesterday.

Building permits decreased 7.5 percent to a 911,000 annualized rate in June, compared to a median forecast of 1 million.

Work on multifamily projects such as apartment buildings slumped 26.2 percent to an annualized rate of 245,000, the lest since August 2012.

All four regions had a decrease in starts last month, led by a 12.1 percent drop in the Northeast and a 12 percent decline in the South.

Unusually wet weather may have played a role. Last month marked the 13th wettest June on record for the contiguous U.S., according to the National Oceanic and Atmospheric Administration.

The Ohio Valley and East Coast were much wetter than normal. Eighteen states — fromGeorgia to Maine, registered rain totals that ranked among their 10 wettest. New Jersey andDelaware had their wettest Junes on record. At the same time, the West had below-average precipitation.

The drop in activity last month came even as builders gained confidence. The National Association of Home Builders/Wells Fargo sentiment index climbed to 57 in July, the highest in seven years, from a revised 51 a month earlier, the Washington-based group reported yesterday. The gauge has climbed 13 points in the latest two months, the biggest back-to-back advance since January-February 1992.

“We are seeing a more robust recovery in the primary residential segment of the housing market,” he said.

The market remains shy of the heights reached at the peak of the housing boom. Builders began work on 780,000 homes in 2012, a 28 percent increase from the prior year and the third-straight annual advance. Starts peaked at 2.1 million in 2005, which was a three-decade high.

Borrowing costs remain attractive even with the recent jump. The average rate for a 30-yearfixed mortgage climbed to 4.51 percent, the highest level in two years, in the second week of July, McLean, Virginia-based Freddie Mac (NMCMFUS) said in a statement. The rate reached a record low of 3.31 percent in November.

The recent increase may also spur people to enter the market to lock in rates while they’re still low.

Shortly after Dershowitz’s criticisms, Harvard Law School’s dean’s office received a phone call. When the dean refused to pick up,...