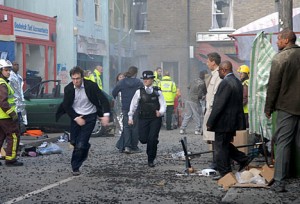 Islamic terror attacks occur every single day around the world. Most are barely mentioned by the Western media, and if they are, they are hidden behind other stories which apparently make better headlines. A car bomb here, a beheading there, and a few dozen rapes and slaughters over there in some country so far away, we just don’t care. But we should.

Muslim immigration to the West is growing, along with the terror attacks which come along with it. If attacks taking place in some far-off country in Africa or Asia do not affect us, just think when they happen in our own backyard. The Muslim immigrants who come to our countries arrive from these places and bring their ideology with them.

The Religion of Peace website shows an up-to-date list of these Islamic attacks, dating back to 9/11. Last week alone, there were over 50 jihad attacks around the world resulting in nearly 300 dead and over 300 injured. The site also reports that there have been over 21,000 deadly Islamic terror attacks since 9/11. Not all of these attacks occurred “over there somewhere.” British soldier Lee Rigby was just hacked to death in broad daylight, the Boston Marathon bombings were only three months ago, and let’s not forget Nidal Malik Hasan, currently on trial for the Fort Hood shooting, the worst shooting attack on an American base in history, done by a second generation Muslim immigrant who shouted “Allahu Akbar” as he killed his fellow American soldiers.

Muslim immigration has doubled over the past ten years and will continue to rise as the Obama Administration is considering allowing Syrian refugees to infiltrate our borders, and the new immigration bill calls for more Afghan refugees. This is in addition to the thousands of Iraqi refugees already in the country as well as Muslims from other nations. Along with this influx of Muslim immigrants comes terrorism.

Reuters reported in May that the number of names on a classified US central database which is used to track suspected terrorists has jumped from 540,000 to 875,000 in only five years. Furthermore, the FBI has a list of Most Wanted Terrorists; out of 32 people, 30 are Muslim. And the number of foiled attempts at terror is astounding. Some of the most recent attempts include a Lebanese immigrant who hoped to bomb a bar outside of Wrigley Field in Chicago, a Jordanian immigrant who placed a bomb in a parking garage underneath a Dallas skyscraper, four Muslims (one of them an immigrant) who attempted to bomb a synagogue in the Bronx, a Somali immigrant who hoped to bomb a Christmas tree lighting ceremony in Oregon, two Iraqi refugees who wanted to help Al Qaeda by sending them weapons and money, etc. And a Muslim immigrant living in Portland, Oregon, was arrested this year for providing support to a suicide bomber who killed 30 people and injured 300 in Pakistan in 2009. He had become an American citizen and worked for the City of Portland.  Another little known attack was carried out at the end of last year, when an Iraqi refugee bombed a social security office in Arizona. 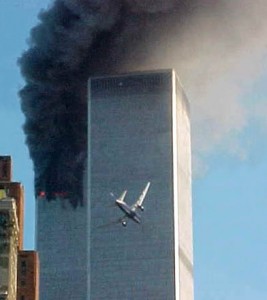 Our Western nations seem to be paralyzed by political correctness which dictates not only our speech but our actions as well. But ignoring the problem and pretending it’s not kosher to point out the obvious will not make it go away. We hold dear our democracies and the rights that go along with them. One of these rights is the freedom of religion, and we somehow seem to think that we must invite more Muslim immigrants and cannot deny them entry based on religion alone. However this religion is responsible for 94% of the world’s terrorism, and the new phenomenon of homegrown terrorism is in our midst as a result of all this immigration.

Is the freedom of religion so sacred that we are willing to sacrifice our country, our way of life and ultimately our very own freedom of religion in order to protect a doctrine whose believers preach the death and destruction of the rest of us? That is where the irony comes into play. The ideal of freedom of religion along with political correctness, (which is little more than the fear of hurting someone else’s feelings), is what dictates that we must be silent and allow others the right to worship as they please. But that religion is like no other. Its theology is very clear: kill the unbelievers. And who are those unbelievers? We are.

When the nation’s founding fathers so desperately desired the freedom to worship as they wished, they were Christians whose beliefs differed from what was taught in the Church of England. They did not go to war or commit terrorist attacks against innocent civilians. They simply wanted to be left alone, did not want to be forced to be part of a church whose teachings differed from their own. And therefore they were called Separatists. They wanted the freedom to be able to practice their religion. 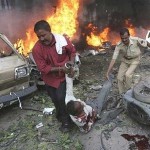 This is the history of this favorite paradigm of freedom of religion in the US. And when it comes to Jews, Hindus, Buddhists and others who immigrate to the US and other Western nations, like the Separatists, they simply want to be able to worship as they please and be left alone without infringing upon anyone else’s rights. There is no comparison, however, between the history of this concept and what is happening today with Islam, a religion which cannot coexist with other religions. There are over 100 verses in the Qur’an which call for“Muslims to war with nonbelievers for the sake of Islamic rule.” As we are the nonbelievers, inviting more Muslim immigrants to our nations is like welcoming the enemy to come and destroy our civilization.

Black Liberation Theology that Obama was involved in an Wrights 'Church' is a cult doctrine which is not only racist,...