America and the West should give Egyptian General Abdel Fattah El Sisi their Full Blessing and Support, to cleanse Egypt and the Sinai Desert of the Muslim Brotherhood Terrorists, and their Terrorist backers, Iran, Hamas and the Bedouin Al Queda Terror Cells. Sisi and his Interim Military Government have had no option but to clear and eradicate the Morsi Muslim Brotherhood Terrorists, who are attacking the State, killing Egyptian soldiers and policemen, bringing Egyptian’s every day way of life to a standstill, and committing terror attacks on Egypt and Israel in the Sinai Desert. America and the West share common values and objectives with Egypt  against Islamic Extremists, and it is imperative that we keep good relations and accords with the Sisi Administration, otherwise we risk losing Egypt to the Russians, which would inevitably tilt the Balance of Power in the Middle East to Putin. 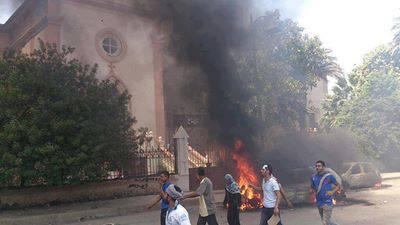 Egyptian General El Abdel Fattah Sisi, Defense Minister and Deputy Prime Minister of Egypt has suddenly emerged as the Charismatic and Telegenic Strong Horse of the Middle East. Thrust into the Limelight, as the ouster of the deeply unpopular Muslim Brotherhood leader Morsi, El Siisi engineered a spectacular Popular Coup backed by the vast majority of Egyptians to install a Military led Interim Government, to provide Stability and Security to the great Arab Colussus of the Middle East. 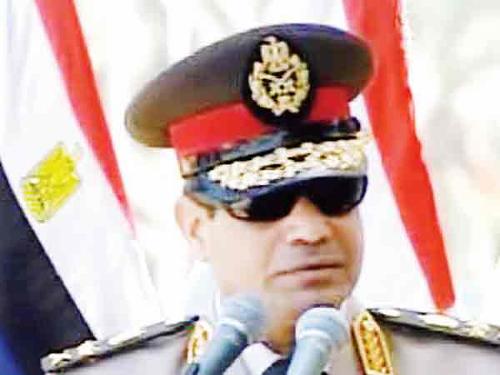 Defense Minister El Sisi is already Idol Worshiped by huge swathes of the Egyptian Populace. who see the Strongman Leader as the New Nasser or Sadat, a Rising Star who was born to lead the Egyptian people back to the Glorious days of the Pharoah when Egypt ruled supreme in the Middle East and was clothed in Prosperity, Opulence and Economic Expansion across the Delta and Sinai Regions. Already El Sisi has posted his intentions to cleanse Egypt of the Terrorist Groups, the Muslim Brotherhood, Salafists, Al Queda Bedouin and Hamas Operatives who have turned the Sinai Desert into a Jihadi Central and are attacking Mainstream Egyptian cities and towns, aided and abetted by their Paymasters, the Ayatollah Khamenei and his Radical Muslim Mullahs in Tehran, who are seeking to impose an Expanding Shia Safavid Empire in Egypt, Syria, Lebanon and beyond. 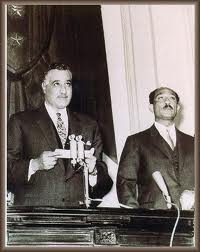 The ambitious and shrewd General Sisi has ordered his Mighty Egyptian Army to use the Iron Fist on these Iranian backed Terrorists, with the popular backing of the Egyptian people behind him, and the explicit permission of Israel to cleanse the Sinai of the Jihadi and Al Queda Terror Cells, and has bulldozed one thousand Hamas arms tunnels to the Gaza Strip, to stop the flow of terrorists arms into Egypt and the Sinai.  An interim Egyptian Government has been set up quickly and successfully, with the full backing of wealthy Gulf States like Saudi Arabia, Quatar, United Arab Emirates and Kuwait, and Western Leaders have expressed Conditional Support for the General’s Popular Government to make the Transition to a Full and Democratic Civilian Government in the near future.

General Abdel Fattah Siisi seems blessed with the Gifts and Qualities to bring Peace, Direction and Purpose to Egypt and be a Catalyst and Power to stem the Rise of Islamic Extremism in the Middle East. That he does that, should give him the full support and backing of the West.

Peter Paton is an International  PR and Strategic Adviser