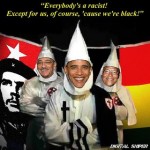 (Free Republic)   A new poll by NBC News and the Wall Street Journal reveals that public perceptions about race relations in America have taken a devastating hit since the election of Barack Obama. At the beginning of the president’s first term, 79 percent of whites and 63 percent of blacks had a positive view of American race relations. Those numbers have plummeted to 52 percent and 38 percent, respectively. Meanwhile, 45 percent of whites now consider race relations fairly or very bad, compared with 20 percent in 2009, and the negative views held by black Americans has jumped from 30 percent to 58 percent. Thus, the idea that the election of Barack Obama would usher in a golden age of so-called post-racial relations has exploded. And the president and his administration bear the lion’s share of the responsibility for lighting the fuse.

The poll, conducted in mid-July by Hart Research Associations and Public Opinion Strategies, has tracked Americans’ attitudes about race since 1994. And despite only a single poll question regarding the Zimmerman trial, which asked whether the outcome increased, decreased, or didn’t affect one’s confidence in the legal system, the steepest decline in positive views, and greatest increase in negative views, occurred in the last two years. That the timeframe largely coincides with the Trayvon Martin shooting controversy is likely no coincidence.

The Trayvon Martin case is one of the most visible examples of the Obama administration’s deliberate poisoning of race relations; all in coordination with the NAACP, the racial grievance industry and the corrupt leftist media. We now know that the administration had direct involvement in fanning the flames of racial discord that brought the case to the national stage. The Eric Holder-led Justice Department’s Community Relations Service (CRA) was sent to Sanford, FL to help set up meetings and organize protests. Among other services, the administration arranged an escort for college students participating in a 40-mile march to “demand justice” for Trayvon. When the situation erupted, Obama then famously took the racial motif national, saying, ”If I had a son, he would look like Trayvon.” 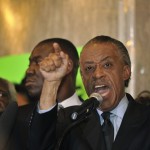 Even after the jury rendered its not guilty verdict in the Zimmerman trial, Obama, once again, injected himself into the case, this time noting that “Trayvon Martin could have been me 35 years ago,” and launching into a lecture on race — despite the fact that a Martin family lawyer, Trayvon’s stepmother, the Sanford police, and an investigation conducted by the FBI all concluded the case had nothing to do with race.

However, well before the Trayvon Martin shooting, Obama made clear he would use the presidency to provide a platform for the race agitation industry. Prior to his election in 2008, the president sought to belittle small town “bitter clingers” who demonstrate “antipathy to people who aren’t like them or anti-immigrant sentiment[.]“ In July 2009, when black Harvard professor Henry Louis Gates Jr. was arrested in front of his Cambridge home after antagonizing police, Obama, despite admitting that he had not seen “all the facts,” still came to the conclusion that “the Cambridge police acted stupidly.” In a radio interview that aired on Univision in 2010, the president urged his Latino supporters to “punish our enemies and reward our friends,” in the upcoming election. That was the same year he made an unsubtle reference to Rosa Parks and segregation in order to belittle Republicans. “We don’t mind the Republicans joining us,” the president told supporters in Rhode Island. “They can come for the ride, but they gotta sit in back.”

At a January 2012 Washington fundraiser, the president made subtle references to the idea that if he weren’t reelected, minorities would be denied opportunities to pursue the American dream, while he implied Republicans would be the ones do the denying. “The notion that we’re all in this together, that we look out for one another–that’s at stake in this election,” he warned. “Don’t take my word for it. Watch some of these [Republican] debates that have been going on up in New Hampshire.” The following August in Colorado, Obama kept that meme alive, insisting that Republicans, “want to take us back to the policies more suited to the 1950s than the 21st century.”

If such a divisive attitude were limited to the president himself, maybe race relations might not have soured as much as they have. Unfortunately, many members of his administration have also been more than willing to fan the flames of racial discord. Former Green Jobs Czar Van Jones, who referred to Republicans as “assholes,” insisted that “white polluters and the white environmentalists are essentially steering poison into the people-of-color communities.” Addressing the annual NAACP convention in Orlando, FL on July 17, Health and Human Services Secretary Kathleen Sebelius likened those who oppose ObamaCare to those who opposed civil rights legislation in the 1960s, comparing the fight against them to “the fight against lynching and the fight for desegregation.” On August 14, 2012, Vice President Joe Biden told a largely black audience in Danville, Virginia, that Republicans wanted to “put y’all back in chains.” Former Assistant Attorney General and current Labor Secretary Thomas Perez viewed virtually every aspect of his former job through a racialist lens, from prosecuting banks for lending discrimination based on dubious “disparate impact” studies, to promoting the expansion of hate crimes prosecution, which he insisted was a largely white-on-black problem.

And then there is Eric Holder. Holder, who runs the most racially polarized Justice Department in modern history, wasted no time 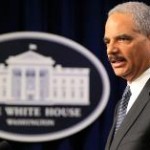 burnishing his racialist credentials, telling Americans soon after he was confirmed in 2009 that “in things racial we have always been and continue to be, in too many ways, essentially a nation of cowards.” In 2010, after being stonewalled by his own department, Christopher Coates, former voting chief for the DOJ’s Civil Rights Division, testified that Holder’s decision to drop an already-won voter intimidation case against the New Black Panther Party was due to “pressure” from the NAACP. Furthermore, he corroborated earlier testimony by J. Christian Adams, a former DOJ attorney, revealing that the DOJ cultivates a “hostile atmosphere” against “race-neutral enforcement” of the Voting Rights Act.

Holder also turned a blind eye when the Panthers offered a $10,000 bounty to capture George Zimmerman “dead or alive.” As for race-neutral enforcement of the the Voting Rights Act, as recently as yesterday Holder vowed to continue insisting that states “pre-clear” with the DOJ any changes to their voting laws. This represents nothing less than a determination to defy a recent Supreme Court ruling that effectively nullified his ability to do so. Texas is his current focus, but in a speech in Philadelphia, he promised that the decision to target the Lone Star State “will not be our last.” The motivation of this effort is clear: to portray red states and whites in general as abusive toward minority voters — as seeking to reinstitute “Jim Crow” through commonsense voter ID laws, as the Democratic Party propaganda goes.

This follows Holder’s decision to continue pursuing the possibility of civil rights charges against George Zimmerman, without a shred of evidence for doing so, making good on a promise he first made during an appearance at racial arsonist Al Sharpton’s National Action Network on April 11, 2012. After praising Sharpton “for your partnership, your friendship, and your tireless efforts to speak out for the voiceless, to stand up for the powerless, and to shine a light on the problems we must solve, and the promises we must fulfill,” Holder made his intentions clear. “If we find evidence of a potential federal criminal civil rights crime, we will take appropriate action,” he warned. To that end, Holder has set up ”tip lines” trolling for information he can use to prosecute Zimmerman. The “investigation” has now been ongoing for over a year.

The reason for fomenting this sort of racial animosity is transparently political. Just like in 2010, and 2012, Obama is determined to agitate and mobilize voters for the 2014 election and beyond and to weaken the Republicans with racial innuendo and accusations. He has tainted Democrats by presiding over the weakest recovery on record, one which is currently losing even more steam, with growth rates being revised downward, and one of the worst corporate revenue performances on record. The same is true of ObamaCare, which will be so damaging to Democrats that the administration unilaterally decided to postpone the employer mandate until 2015, usurping congressional authority in the process. This is to say nothing of Democrat-led foreign policy, with Egypt and Syria in free fall, Iraq and Afghanistan on the verge of reverting back to the failed states they were, Iran pursuing nuclear weapons absent any fear whatsoever, and both China and Russia signaling their intentions to fill the leadership vacuum the president’s “leading from behind” approach has produced.

Meanwhile, minority populations continue to suffer and grow disaffected under the reign of liberal policies. Majority-black Detroit is bankrupt. Chicago seethes with black-on-black gun crime, including 62 people wounded and 12 killed during the Fourth of July holiday weekend alone. Black unemployment is 13.7 percent, compared to 6.7 percent for the nation as a whole. The black American illegitimacy rate, one of the surest predictors of poverty, is approaching 75 percent.

Yet in his most recent speech on economics, Obama addresses none of these realities, preferring to blame the lot on Republicans (who have only ever controlled the House since 2008) and warning that if America fails to embrace his policies, “[S]ocial tensions will rise as various groups fight to hold on to what they have, or start blaming somebody else for why their position isn’t improving.” In the Obama era, this should be interpreted as an ultimatum.

It’s going to be a long, divisive slog to the 2014 elections, and racial division continually promoted by the Obama administration is guaranteed to be an integral part of the mix. The fact that Americans view race relations as far worse than they’ve been in years should surely be an embarrassment for the first elected president of African descent. Odds are, however, he views it as an electoral boon for his party.

In Case You Missed It:  Moderna Says People Who Received its Covid Vaccine Early On Are TWICE as Likely to Get ‘Breakthrough’ Infection – Pushes Booster Shot
Posted in Freedoms, Tyranny and tagged Obama, Racism, White House.

Hillary: What difference does it make?; Benghazi hero Still Recovering at Walter Reed

(Foxnews) One of the most severely wounded survivors of the Benghazi terror attack, Diplomatic Security agent David Ubben, risked his...